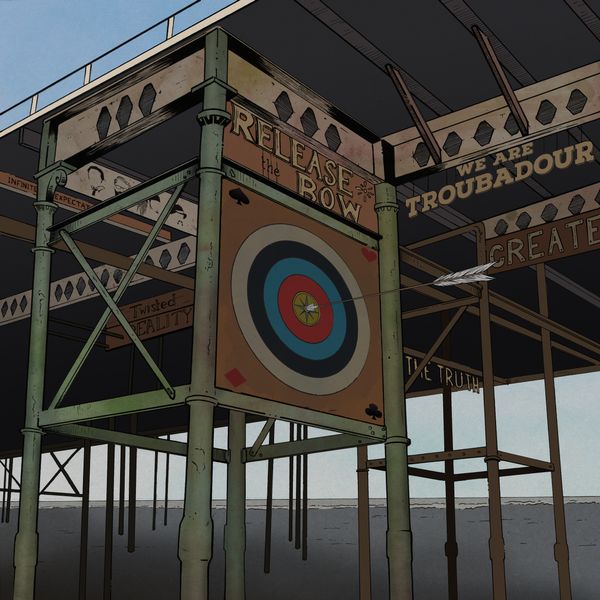 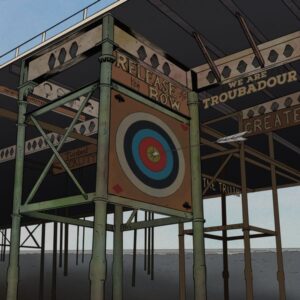 Blackpool based trio, We Are Troubadour, have been releasing a six-song album, song by song, over a six-month period. The album, Release the Bow, has been something of a multi-media format, with videos, artwork and behind-the-scenes insights of the band. Now they have just released the video for single, Stacey.

We Are Troubadour describe themselves as “bringing a new wave of British Rock ‘n’ Roll,” drawing on their own northern working-class upbringings, along with influences from America, just like their heroes of years gone by.

Stacey is a mix of Donovan with a 50s/60s rock backbeat and added Spanish guitar thrown in. There is a street poet vibe of earnestness from a bygone period brought up to date. It’s a lament for a woman, whose mystery only the singer thinks he can penetrate, with flamenco-style guitar adding a melancholy to the driving, and very danceable, beat.

The more I listen to it, the more it gets in my head and sets my foot tapping. Well worth checking out.