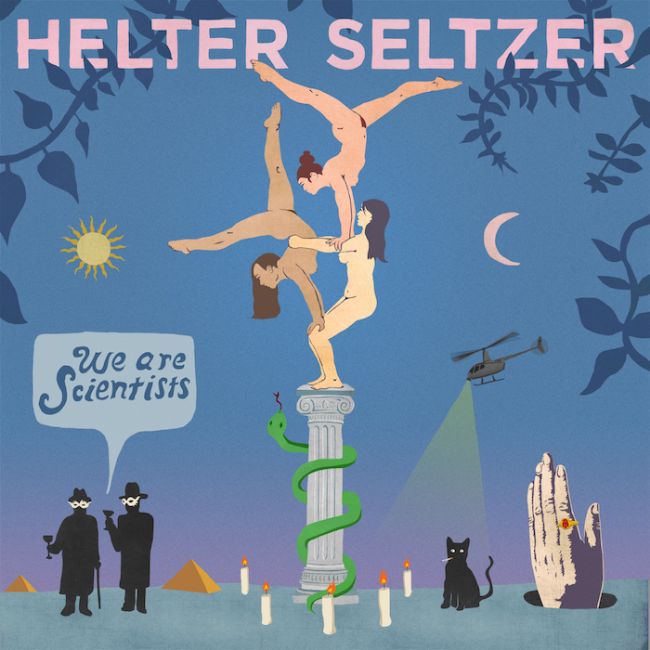 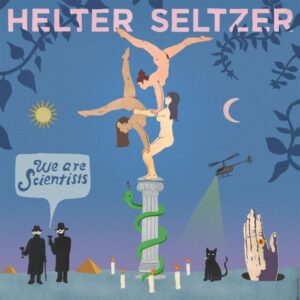 On the surface, Helter Seltzer may seem a throwaway quip for an album title (the kind Keith Murray and Chris Cain utter almost daily), but its conception – a combination of ‘Helter Skelter’ and Alka-Seltzer – is surprisingly apposite; the band’s fifth album proper is a marriage of muscularity and melancholy, with some songs surging and others sapping. It’s a difficult amalgamation to maintain, but We Are Scientists manage to get the blend just about right. Just.

While the group have always been serious about their work, Helter Seltzer certainly seems a lot more grown-up. Take ‘We Need To Have A Word’, a grandiose ballad with chiming drums and effervescent harmonies, where Murray ponders “this could be my last try. What if it were?” The acoustic-led ‘Want For Nothing’ is also a standout, which builds to a lush, ornate coda, showing the duo aren’t afraid to flesh out their sound when needs be.

The only problem is the LP is replete with mid-paced majesty, when a bit more rocking out would have sufficed. Granted, the moth-eaten edges of With Love and Squalor now represent a bygone era, but the likes of ‘Hold On’ and ‘Waiting For You’ are too sedate and serene to provoke anything but an admirable shrug.

When they do turn up the amps, it’s all the more refreshing – the reverb-drenched urgency of ‘Classic Love’ is a quick blast of forlorn post-punk, while lead single and opener ‘Buckle’, with its stomping chorus and frenetic guitar solo, could have been on the band’s no-frills, all-killer album Barbara.

With most bands from the ‘Class of 2005’ now working in marketing, we should be thankful we have WAS at all, and while Helter Seltzer may not be an all-out rollercoaster, it’s certainly a decent ride.

You can find We Are Scientists online here. They tweet as @wearescientists and are also on Facebook.

Sam Lambeth is a Birmingham-based journalist, writer and musician.