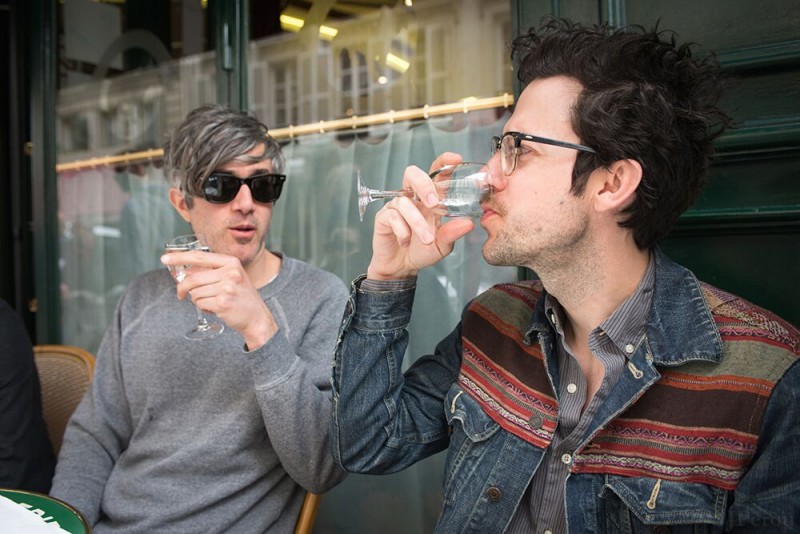 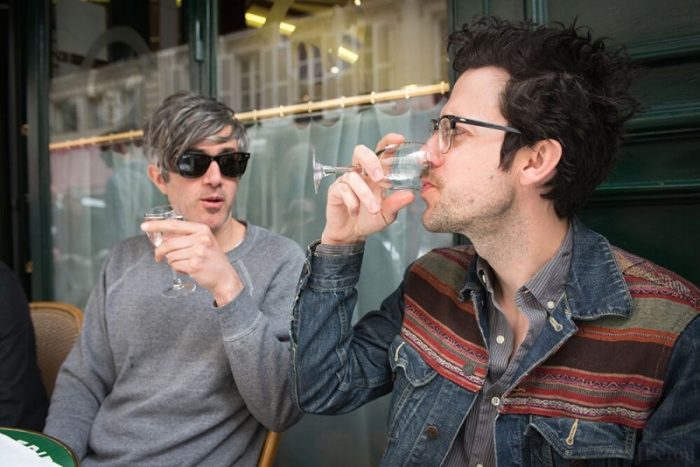 Playing it straight never sounded so fun – ten years ago, We Are Scientists were showing the music world that you could have it both ways. Their polished, pop-drenched second album, Brain Thrust Mastery, mixed the duo’s self-deprecating barbs with equally cutting hooks. Sam Lambeth reinvestigates.

If rock and roll is meant to be taken seriously, then We Are Scientists never received the memo. The Brooklyn trio spent most of their gigs airing wisecracks rather than songs, their videos were delicious slices of self-deprecation and over-the-top silliness, and their debut album’s cover saw them hiding their faces with three discerning cats. The public, in return, were pleased with this mix of mirth and music, and 2005’s With Love and Squalor became a solid hit in the UK.

For the second album, then, prospects had been heightened somewhat. There were a few bumps along the road – drummer Michael Tapper departed, singer / guitarist Keith Murray began going grey, bassist Chris Cain briefly boycotted his trademark moustache – but the signs behind Brain Thrust Mastery looked promising. At a series of acoustic gigs, the duo continued their penchant for onstage banter, while on their fully electric UK tour the duo supported themselves. However, instead of playing songs, they created a bizarre spoof self-help seminar to an audience that was both bemused and delighted. “I think self-help is pushing it a bit,” admitted Cain. “But we tried.”

If their self-help seminars caused more harm than help, the same couldn’t be said for Brain Thrust Mastery’s lead single. After Hours was a clear sign of the band mixing artistic progression with their trademark tongue-in-cheek humour. Fuelled by a nagging, angular guitar riff, elegiac strings and bathed in organs, After Hours was written as an ode to late-night drinking, but such is its resonance it could be inferred to mean something far deeper. “One final, final round cos time means nothing,” sings Murray over twinkling guitars, an epic anthem that has lost none of its potency ten years on. It came with a suitably silly video, a double date in which Cain’s beau is a dog.

If opener Ghouls is a suitably haunting slice of distorted melancholia, the rest of Brain Thrust Mastery is sleek and pulsating. Lethal Enforcer could be the title of a kitschy cop show, and has the music to boot – a filthy bass throbs over a brash Duran Duran-indebted groove as Murray instructs “I promise this is not a test.” Elsewhere, Spoken For is a gentle ode to monogamy, played over a twinkling guitar coda.

While Brain Thrust Mastery largely eschewed the spiky arpeggios of their debut, the themes of drunken regret and the sound of punky fuzz still reared their heads. “I’m just naturally inclined to let you down,” sighs Murray on the jittery, pounding Let’s See It, while fellow electro-rockers The Killlers reared their commercial heads on the charging rocker Tonight. Equally as arresting is the summery stomper Impatience, which again boasted a comedic video in which Cain slowly changes into a werewolf.

The hype behind Brain Thrust Mastery was considerable, and large streams of the media devoted interviews to the perma-quipping pair. A series of adverts promoting the record saw Cain and Murray attest to living in a caravan, while the album’s booklet boasted troubling shots of the twosome courting a couple of elderly women. Sadly, though, despite Brain Thrust Mastery’s mainstream sound and public adoration, the record didn’t quite live up to expectations, missing the UK top ten and disappearing swiftly after.

Since then, the band have continued to record, making records that have relied on muscular rock (2010’s resurgent Barbara) and synth-bathed contemplation (recent record Helter Seltzer). If commercial stardom has been evasive since the end of the noughties, their social media and well-attended shows are proof they’ve lost none of their comedic firepower.

We Are Scientists are on Facebook and Twitter. Their new album, Megaplex, is set for release on Friday 27 April.