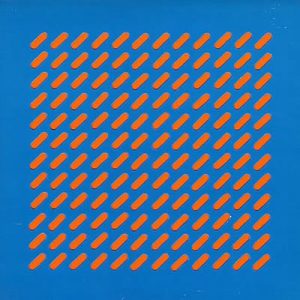 It’s National Record Store Day today (21st April) where vinyl fetishists across the globe celebrate the joys of 7 and 12 inch circles of plastic which emit sounds when rotated on a turntable and subjected to the transmitting device of a needle and amplified through speakers that”Â¦..you get the picture! Now, as someone who grew up in a house without any record player, I relied on the collections of my older cousins to inform my personal tastes. It wasn’t that my dad didn’t like music, he was a ted and owned piles of old 78s that I recently re-discovered in his wardrobe.

Yet for some reason, he prefered to listen to cassettes and our trips to North Wales consisted of all four of us sat on the back seat of his Hillman with me nan singing along to Simon and Garfunkel’s ”ËœWhy Don’t You Write Me?’ The Beach Boys’ ”ËœHeroes & Villains’ Glen Campbell’s ”ËœWhere’s The Playground Suzy?’ The Beatles ”ËœMean Mr Mustard’ or Neil Sedaka’s ”ËœLove Will Keep Us Together.’ Me ma always told me and our Claire to enter the talent contest at Pontins and our harmonies were pretty good but we never had the bottle to sing ”ËœCecilia’ in front of a family of 20 urchins from Kirkby. My dad and his brothers were all excellent singers and every family do would end with them all singing Beach Boys style harmonies to Sloop John B, Needles & Pins and some strange song about Francis Drake sweeping the Spanish Main.

My own vinyl obsession began by listening to cousin Barry’s collection of Beatles and 60s beat singles whilst sat in my aunty Hilda’s front room of a Sunday. I’d absolutely twat The House Of The Rising Sun, Daytripper and The Legend Of Xanadu and Hilda would come in and tell me to turn it down as cousin Deb was asleep upstairs, even though it was 3 o’clock in the afternoon. When I asked why she was still in bed, she explained that Deb had been to a dance that went on all night. She’d been to Wigan Casino and as most of my cousins were in their late teens when I was 8 or 9, they had all made the transition from Slade and suedehead to northern soul.

I sometimes played some of Deb’s soul singles but I just didn’t understand it. Likewise cousin Derek’s collection of Earth Wind & Fire LPs that I studied for the art work more than anything else. No, it was cousin Lorraine and her Cockney boyfriend’s collection that appealed to me more. They lived in a posh house in a posh town on the Wirral and I’d sit with Tony’s headphones on listening to Floyd’s ”ËœRelics’ and ”ËœDark Side Of The Moon’ as well as Wings’ ”ËœBand On The Run’ LP. My cousin Ralph (yes, Ralph!) also had various Alice Cooper LPs as well as a boss stash of porn mags hidden in his bedroom that all seemed to feature Telly Savalas for some reason.

As for my uncles, Cyril and Eric seemed to prefer country and western but Alf was a massive Rod Stewart and Moody Blues fan, so I’d sit and study the psychedelic art work to ”ËœA Question Of Balance’ and attempt to draw the hand emerging from planet Earth next to Einstein’s mush. I was big on drawing and would sit for hours copying LP sleeves, especially the weird ones like Relics or In Search Of The Lost Chord as it seemed to chime with the Sinbad and Json & The Argonauts type mythology craze of the time. Having never pataken of marjuana, acid or heroin, the symbolism and not so subtle surrealism made no sense to me, I just enjoyed the strangeness of these visuals. The art work of any LP being as important as the music and something we never got to see on the reduced scale cassette format. 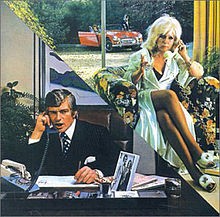 For example, my dad was a massive 10cc fan but we only had the cassette version of ”ËœHow Dare You’ to go on and this fuelled my masturbatory fantasies for many years. The suburban housewife crying into her gin and tonic whilst her businessman husband shouts down the phone. She’s obviously accused him of some infidelity and he’s said ”ËœHow Dare You’ although,as their pals get in (or out?) of their sporty MG in the background of the split screen tableaux, a kind of hidden story begins to take shape. Is there any significance to the photo on the man’s desk? On the cassette inside cover, the mass phone call party scene wasn’t included and neither was the back cover ”Ëœmandy’ the trolly dolly receiving a dirty phone call from a Bob Stokoe lookalike perv. It wasn’t until I bought the vinyl format of How Dare You some thirty years later that I realised there was much more to this classic Hipgnosis designed sleeve concept.

I was bought my own record player when I was 13 or 14 and at that time, my taste had developed from ELO, through Yes to the Pistols and then Crass. Sleeve design was still massively important and the half-arsed sci-fi conceptualism of say Tales From Topographic Oceans to the stark pop art terrorism of Never Mind The Bollocks to the apocalyptic stencils and montage pencil work of Feeding Of The 5000 demonstrated how iconographic sleeve art had become. Yes, it was ”Ëœproduct’ and ”Ëœmarketing’ but it was also ”Ëœart’ not merely decoration.

Cousin Deb had meanwhile ditched northern soul for electronic music as had lots of old soulies seeking a new scene to belong to. She brought home OMD’s seminal Peter Saville designed debut LP and again, I twatted certain tracks especially Bunker Soldiers. I was now 15 and getting into the Human League and discovering new mutant disco and old funk sounds. We moved away from local record shops such as The Music Shop where the gay lad behind the counter mocked our prononciation of The The ”â€œ “it’s not The The, it’s Thethe’ he’d lisp ”â€œ over to Liverpool where we’d gawp at spooky Pete Burns in the back room of Probe or try to have off various singles in Backtrax or mooch around Virgin listening to new releases or check out current soul and funk and proto hip hop tunes downstairs at Cheverton. There were many mainstream and specialist record stores serving a market that seemed massive and unending, each generation from the 50s onwards creating their own scenes and devoting themselves to various cults and fashions. Vinyl was still the only format available and although the likes of Small Wonder and Rough Trade advertised in the back of the NME providing mail order, a visit to any town or city would always involve a visit to atleast two or three record shops. Then came the CD and suddenly vinyl was old hat, as absolete and redundant as the workers and miners and dockers and ship builders being thrown onto the scrapheap by Thatcher’s brave new world beaters. Vinyl became the preserve of nostalgic sentimentalists and DJs ofcourse who refused to accept the digitalisation of their culture for many years.

I’d discovered Manchester by this time and we’d squeeze in the tiny Spin Inn shop where the latest hip hop and electro imports would be played to an intimidating crush of djs and dancers. There were numerous second hand dealers in the Corn Exchange, Oasis market & the Arndale, with massive HMV. Our Price and Virgin megastores for the plebs whilst Eastern Bloc and later Expansions served the new house and specialist black music markets. My own tastes had now developed into a more expansive aesthetic that rejected the snobbery and elitism of the ”Ëœdance’ purists and embraced everything from Led Zep to Lee Perry. I remember bringing home the Happy Mondays ’24 Hour Party People’ 12”Â³ and playing it to my bemused younger brothers who were both into hip hop. They looked at me as if I’d betrayed them and gone insane. Yet within a few years they were on the floors of the Hacienda and Konspiracy giving it rice. My own vinyl collection remained rooted largely in funk and soul until the mid-90s when I began buying anything and everything, old rockabilly, musical scores, dancehall, trip hop, 60s pop, ska, even classical. Second hand shops were vital in this and finding a genuinely great tune tucked away on an old Krautrock LP or an obscure disco instrumental became one of life’s great joys. Yet, the internet and the emergence of MP3 file sharing sites suddenly made everyone a potential digital crate digger and as technology improved over the naughties, even Turkish prog became passe.

In Liverpool even the legendary Hairy Records on Bold Street, has succumbed to the new market for vinyl enthusiasts (LTW feature) who seem to be everywhere these days as they’ve been told records are ”Ëœcool’ once again. Those shrinkwrapped wafer thin re-issues of ”Ëœclassic LPs’ by major labels over the past decade has no doubt fuelled this market along with the micro-label limited issues on 7 inch singles. The packaging is becoming as important as the music again and whilst there’s always an argument that vinyl is just a form of cosy nostalgia for those who refuse to accept the modern age, nevertheless I will dig out some of my favourite tracks this afternoon and have also started collecting 78s, the very kind my dad has in his wardrobe, pre-rock n’ roll blues, jazz and folk that informed everyone from Elvis to Lennon, Jerry Lee to Dylan, Jagger to Joni. Ah, Joni, where did I put ”ËœCourt & Spark?’