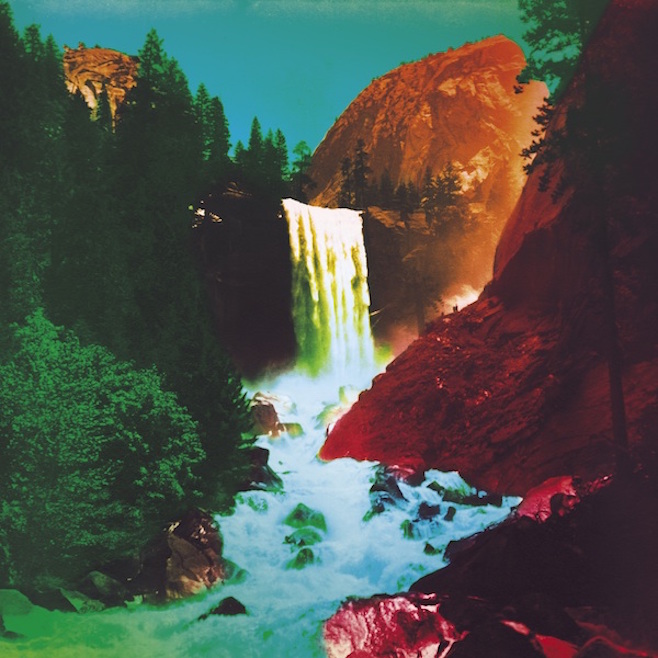 Due out 4th May

Its four years since My Morning Jacket released the hugely garlanded Circuital so new album The Waterfall will certainly be welcome by the band’s legions of devotees. Having taken time off to pursue solo projects and just relax after the demands of touring Circuital, the band reconvened in California in 2013 to start work on the new album. However, they were apparently not planning for the huge impact the location of the recording studio would have on the project.

The studio, Panoramic House is located in an isolated spot overlooking The Pacific Ocean, as singer, guitarist and main songwriter Jim James said, “Stinson Beach was so psychedelic and focused. It was almost like we lived on our own little moon out there. It feels like you’re up in the sky”. This environment apparently had such an influence on the band that they proceeded to write and record a lot more songs than they planned which means there is hope of a rapid follow-up to this album.

The Waterfall also sees My Morning Jacket use a producer more than once for the first time. Tucker Martine is back at the controls after helping create Circuital, but that doesn’t automatically follow that fans can expect more of the same. Not that the audience would expect that from a band whose career has never trod the easy, obvious path and are never predictable in their next move, as the divided reaction to 2008’s Evil Urges testifies.

The Waterfall delivers on the key components of Jim James’s existential lyrics, the instantly recognisable vocals and beautiful melodies alongside guitar and keyboard work that is never staid or predictable. For this latest offering, James has inhabited a muse of a mature consideration of life and its changes, and these are clearly visible through many of the tracks on this album and continue the themes developed on his recent solo album, Regions of Light and Sound of God. This much is clear in the first track, Believe, Nobody Knows which builds from gentle beginnings to a sweeping, anthemic chorus driven by layered guitars and keyboards and defies anyone to dismiss spiritual beliefs and their importance to people.

The Waterfall does have reference points from the My Morning Jacket’s previous six albums but also has a clear identity all of its own. The magnificent Spring Among The Living burns slowly then explodes like a Roman Candle in classic MMJ fashion and will surely become a live favourite on their upcoming tour later in the year. It may be overly-simplistic to say that an album has a surfing-type feel when it was recorded in a location from which you could dive into the Pacific, but there are times when the vocals and harmony evokes touches of Beach Boys brilliance. However, comparisons are futile as My Morning Jacket are often compared to a range of influences but always end up defying accurate categorisation.

Compound Fracture has a bouncy, almost pop-like touch, albeit with some subtly distorted guitars while In Its Infancy (The Waterfall) is nothing less than a triumph as it leads you first one way then another with a refreshing blend of tempo and vocal changes. Get The Point sees James picking out an acoustic, break-up classic which is as hard-hitting as they come despite its apparent  simplicity, while Big Decisions is one of those songs that you hear once and just know it’s going to stay with you, proving again that James’s ear for a melody is still functioning perfectly.

Only Memories Remain is a dreamy and brilliantly extended way to close the album, gentle yet still exuding the delicious riffs that make My Morning Jacket so instantly accessible. The Waterfall is a brilliant follow-up to Circuital, but it also sees the band moving in a new direction again which is, basically, the whole reason the band write music and appeal to so many.

Also linked to this release is My Morning Jacket’s Waterfall Project which sees the band fundraising to support environmental and climate related causes that they support. They have also created a video which takes you into the world of the recording of The Waterfall.

All words by Dave Jennings. More from Dave can be found at his Louder Than War Author Archive. He is also on Twitter as @blackfoxwrexham