WATCHET LIVE C.I.C, the organisers of WATCHET LIVE FESTIVAL are proud to announce that Aswad, Dub Pistols, Ferocious Dog, From The Jam, Kioko Mesh, Faerground Accidents and RSVP have all been added to the line up for their 2018 Festival. Many more acts, including all three headliners, are still yet to come!

Watchet Live is a not-for-profit family-friendly festival with amazing views of the stunning West Somerset coastline and beyond. Three live stages host more than 60 live acts, bringing a wide range of high-calibre musical acts not normally found performing in West Somerset, at a very affordable price. 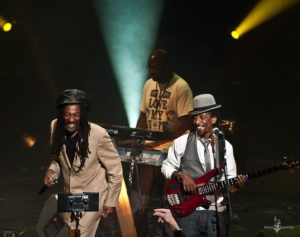 After fifteen albums and two decades on the music scene, Aswad remains one of Britain’s best-loved reggae bands. The duo of Drummie Zeb and Tony Gadd are renowned among reggae fans for their adventurous fusion of musical styles such as dancehall, funk, hip-hop and dub.
In 1988, Aswad earned international acclaim with their reggae version of “Don’t Turn Around,” which sailed to No. 1 in the U.K. Charts. Their 1994 album Rise & Shine saw the band’s first Grammy nomination for ‘Reggae Album of the Year’, and also gave the band another No.1 hit with now famous summer reggae anthem ‘Shine.’  Aswad have toured extensively, playing to packed houses in diverse locales from London’s Royal Albert Hall and Montego Bay’s Reggae Sunsplash, to gigs in West Africa, Israel and Japan.

The Dub Pistols return to Watchet by popular demand, after their triumphant headline performance back in 2014. Led by indefatigable south-Londoner Barry Ashworth, they have lived every rock ’n’ roll cliché more vividly, knowingly and hilariously than almost any other British band. They’ve burned through record labels, band members, and hundreds of thousands of pounds with their almost heroic devotion to hedonism. Yet they have worked with heroes like The Specials, Busta Rhymes, Madness and Gregory Isaacs and The Dub Pistols are busier than ever, having reinvented themselves as the ultimate Festival band; the go-to act to get a big crowd dancing. 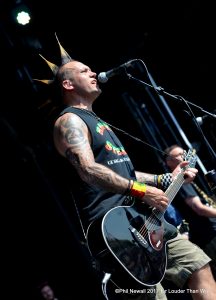 Fiercely independent Folk-Punk festival stalwarts Ferocious Dog also make a return to Watchet, having first performed on the main stage way back in 2012. Since then they have gone from strength to strength: selling out venues across the country (including Nottingham’s prestigious Rock City), performing on Billy Bragg’s Left Field Stage at Glastonbury; touring extensively with the Levellers, and releasing three studio albums. They also found time to recruit long-time friend of Watchet Festival and former USM frontman Les Carter as their guitarist!

Watchet Festival are also very proud to announce From The Jam, as the organisers have received more requests for them than any other band! Fronted by the legendary Bruce Foxton, they will bring their unique punk / mod sound to the main stage on Friday, performing hits such as That’s Entertainment, Going Underground and Town Called Malice.

With over half of all publicly available tickets sold before a single act was announced, Watchet 2018 is set to continue the festival’’s tradition of completely selling out in advance. Those wishing to camp on site are particularly encouraged to buy their tickets as soon as possible, as more than 70% of camping tickets have already sold out.

Alongside a wide variety of high quality food stalls, the extensive in-house Cider and Real Ale Bar prices are always kept as low as possible, providing one of the best-value refreshments offerings to be found at any event in the UK.

Accompanied Children aged 12 and under can attend for free – no advance ticket required.
Tickets subject to booking fees. Buy online and full T&C’s at Watchet Festival