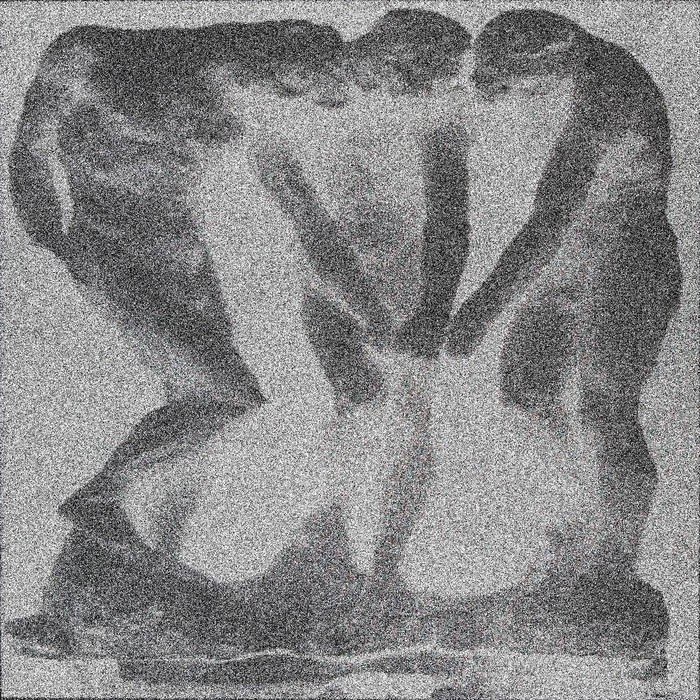 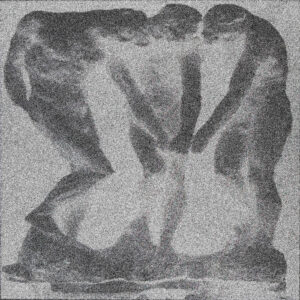 With one of the years finest albums behind them in Voyeurism and back with their new single ‘The Three Shades’, Vukovar emerge once more from amongst the ruins of fallen industry and issue a proclamation: but rather than spell it out, these hushed voices speak in concrete-language. To understand you must submit to the subliminal.

This time the trio are joined by 80’s cult movie star, ‘Queen of the B’s’ Dawn Wildsmith; truly a match made in purgatory.

‘The Three Shades’ is a glimpse into Vukovar’s ever evolving creative processes, where the minimal is maximalist and all things real and unreal are just grist for the mill.

The release is also accompanied by the quiet, occult splendor of b-side “33/08/45 Mourning of the Conqueror”.

Mark Barton from The Sunday Experience had this to say about The Three Shades: “…this lone light from the wasteland debris rises to stand, though torn and bruised, the final game ahead and in sight, it remains firm, undeterred and resolute, from out of the mist a hushed hymnal fading in hope on a tearful last patrol replays in quicktime the could have been, the might have been and what might be. Beautifully crushing.”