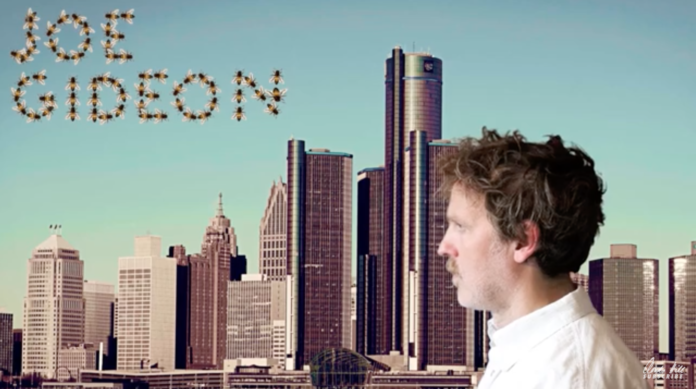 Joe Gideon whose recent Manchester gig got a rave review on LTW here, has a great off the wall video for his new single here…

With songs that switch from tombstone blues to pastoral psychedelia to sparse post-punk to grinding grooves. Songs of tension and release, lyrical bon mots and rhythmic power and imagination with very English melodies entwined around the songs. Songs written by Joe and his lampost tall drummer Jim Sclavunos who is spending his time off from Nick Cave’s Bad Seeds very well.