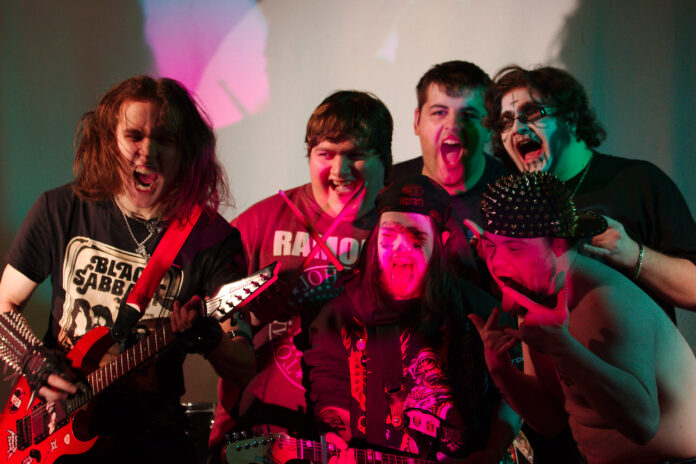 Zombie Crash are a British learning disabled metal band who’re attempting to reach out to a mainstream audience – and on the strength of the video above, for their new track Hardcore On Tour, I’d say they totally deserve to achieve their goal. Check the video out above and let us know what you think. For our part though, we freaking love it.

Zombie Crash recently toured with PKN, the band who’re set to represent Finland at Eurovision next month (as we covered here) and understandably they’re after achieving some of the same recognition in their home country that PKN have achieved in Finland. Admittedly, we can’t exactly imagine them on Graham Norton’s BBC chat show as the UK’s Eurovision entry, but they definitely deserve a bit more exposure from the likes of the mainstream music press, and most certainly this is not just because they’re learning disabled, but rather because they’re a great band with some great tunes.

Making the point more solid that they don’t deserve to be typecast or pigeonholed as a “learning disabled band” is that they’ve also toured with bands who are already staples of these pages, such as Hey Colossus, Sauna Youth and Jett Black. Rumour has it that they also put in a storming set at the Supernormal Festival – something which we can well believe.

This video for the track ‘Hardcore on Tour’ – which you can check out above – features Zombie Crash hijacking a One Direction-style boyband concert who they’ve been double-booked with, (comically) beating up the members and turning the venue into a giant moshpit. Says lead guitarist Ryan…

“The story of the video is that we [Zombie Crash] are doing a homecoming gig at the end of a hard tour and find that a boy-band has been given a slot on our stage. We don’t take kindly to this.  Zombie Crash has no time for manufactured pop niceness.”

“It’s been brilliant making the video. We’ve done some great stuff as a band but people can really see and understand us from the video. It’s all about the music and the attitude.”

The video was produced by LAE and is headed up by award winning learning disabled filmmaker and Zombie Crash guitarist, Luc Anthony Eisenbarth. It was filmed in The Green Door Store, Brighton’s most radical music venue.

The band are based in Brighton and work with Carousel, a local arts company who supports learning disabled artists to make their own music and films. The Go! Team’s Sam Dook is one of the people who’ve worked with the band in fact. The arts organisation “puts learning disabled people in control of their art in film, music, performance and production (and) challenges expectations of what great art is and who can create it.” More information about Carousel can be found at their website.

Audiences in Brighton can watch Hardcore on Tour on the big screen at The Duke Of York’s cinema, along with PKN’s film The Punk Syndrome on Wednesday 27th May 2015 starting at 6:30pm.

Hardcore On Tour by Zombie Crash will be released on 18th May 2015.

Zombie Crash have one show lined up…

For more music by Zombie Crash hit up their Bandcamp. 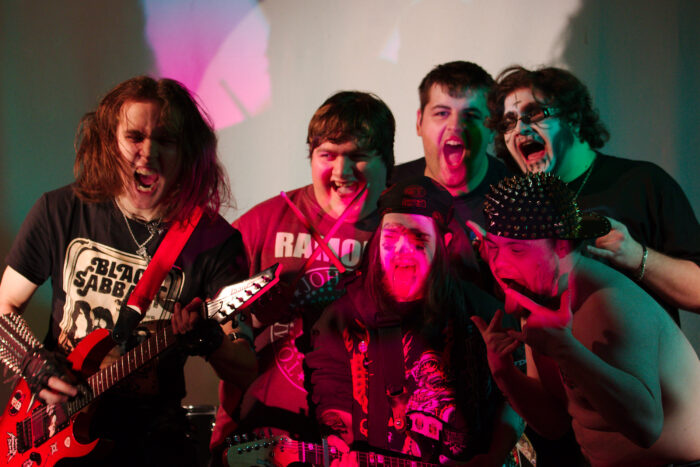