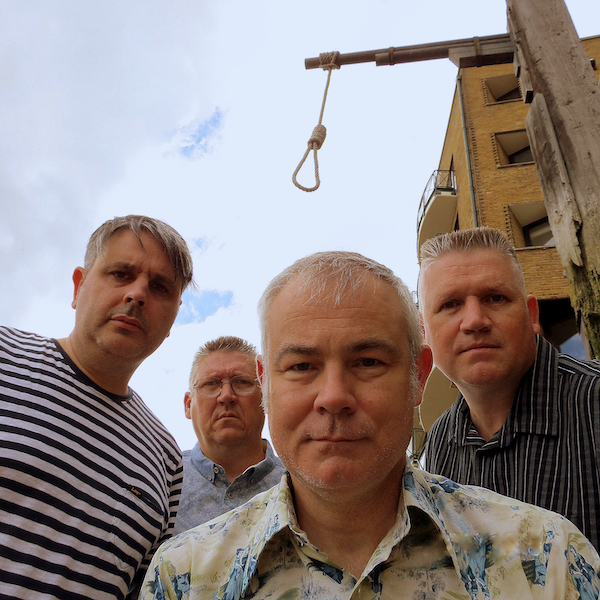 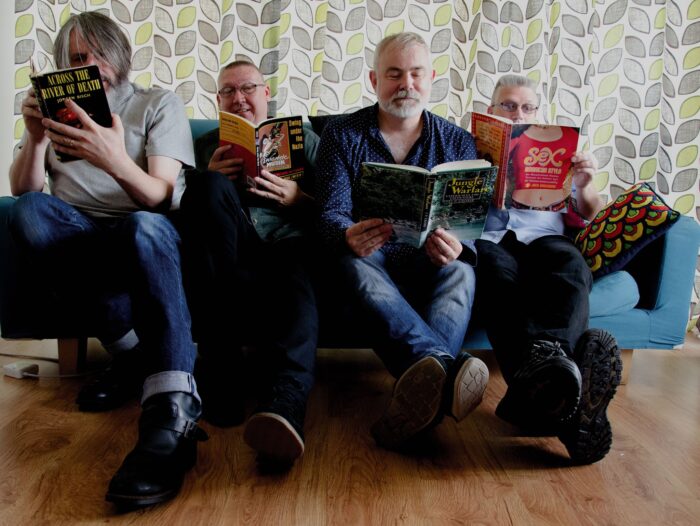 It has been a number of years since we’ve heard new music from the London-based indie rock stalwarts known as Wolfhounds. What can we say? Welcome back! Louder Than War did cover their London 100 Club show with The Folk Devils and Lengthmen this past autumn, but half a year later, the news of a forthcoming album from the C86 legends can only be seen as good news.

Ahead of their new album ‘Electric Music’, set for release on July 3 via A Turntable Friend Records, we are pleased to premiere for ‘Can’t See the Light’. The video for this lead track was created by David Janes. If we were to call this first single anything, we could call this a reawakening, with the band sounding more relevant and compelling as ever. This is polished sonic firepower for the modern age.

“All tunnels eventually emerge into the sun (as David Janes’ accompanying paranoid and sick-a-delic video shows) but while you’re underground it can seem like darkness is perpetual and inevitable.”

Originally formed as teenagers in 1984, The Wolfhounds released four critically acclaimed LPs before initially disbanding in 1990. By that time, they released music on the legendary and influential C86 cassette via NME, recorded three John Peel sessions for BBC Radio One, and toured the UK and Europe extensively as headliners and as support for My Bloody Valentine, The House of Love and The Wedding Present. The band’s acknowledged and audible influence stretches from Nirvana to the Manic Street Preachers, and all the way to Fontaines D.C. – but musically they remain ahead of all.

In 2006, the band reformed at the request of St Etienne’s Bob Stanley to celebrate 20 years since the release of C86. Since 2012, they have been recording and releasing new material, including ‘Middle Aged Freaks’ (2015) and ‘Untied Kingdom or (How to Come to Terms With Your Culture)’ (2017), repeatedly showing that they can still blow any act half their age offstage.

In 2018, Wolfhounds released ‘Hands in the Till – The complete John Peel sessions’, a 12-track album released via A Turntable Friend Records.

The Wolfhounds tease that their new ‘Electric Music’ LP is probably their greatest album yet.  The band has recently been quite actively performing at several popfests (including Berlin and New York) and Stewart Lee’s All Tomorrow’s Parties, as well as regular club dates in the UK and Europe.

As of May 15, ‘Can’t See The Light’ will be available everywhere digitally. The full ‘Electric Music’ album will be released on July 3 on vinyl, CD and digitally. It can already be pre-ordered via Bandcamp.

CREDITS
Recorded, engineered and mixed at Cosmic Audio, Epping, by Ant Chapman
Additional home and phone recordings by Andy Golding and David Callahan
Mastered by Rory Attwell
Formulated and promulgated in Essex and London
Produced by the Meerkats