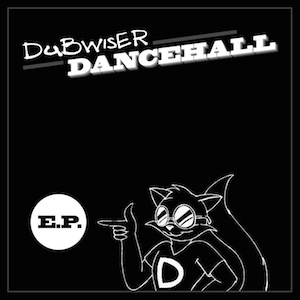 We’ve made no bones of the fact that we’re huge Dubwiser Dancehall fans here at Louder Than War so it goes without saying we’re stoked to be able to bring you their latest video for Eye Popper, the first track off their new EP, EP1.

Eye Popper also features the vocal and songwriting talents of Spider J who has close to 20 years working in music. He has produced and written for the likes of Kano and Estelle in recent times and his credits also include the first ever Jungle number one ‘Original Nutter’ By UK Apache. In the 80s he earned his stripes as a musician in seminal UK pop/ska bands Madness and Bad Manners. As his reputation for live performance grew, it wasn’t long before he was fronting respected ska group Potato 5 and then Acid Jazz band Night Trains.

When we reviewed Dubwiser’s album last year (from which Dubwiser Dancehall is an offshoot) Sean Diamond closed his piece with the following words:

A Crack In Paradise is a dizzying, fun, fierce and highly quirky 73 minute snapshot of 21st century Britain. Expertly produced by the band’s drummer, Spider Johnson, it is one of the most exhilarating, exciting debut albums of the year. Far too diverse to be labelled as simply “reggae”, it is a multi coloured, highly eccentric and quintessentially English musical piece; owing as much in spirit to The Kinks and Syd Barrett as Bob Marley and The Upsetters. If you want a bit of added sunshine in your life, buy this album! If you don’t, well….buy it anyway. You won’t be disappointed! Dubwiser are, quite simply, one of the most relevant bands in the country. Be sure to see them live next time they come to your area.

With EP 1 being the first in a series of releases featuring a host of stars alongside some of the hottest talent in the UK Urban Scene expect more to come from Dubwiser Dancehall in the next year.