Home Music Bands Watch this! TV Smith : Send In the Clown – from... 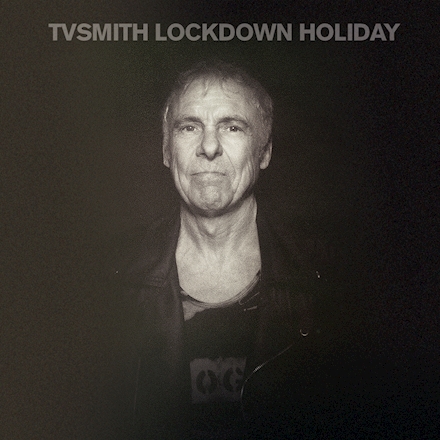 TV Smith needs no introduction surely… if you’re reading this then you know who he is.

This is what Tim calls “the first song from the double A-side free video single” – a cunningly disguised marketing campaign for his forthcoming album, out in November.  The second song is released in a weeks time – and is even better than this one.

Conceived, written and recorded in lockdown Britain over the Spring and Summer of 2020, “Lockdown Holiday” is TV Smith’s sixteenth album of new songs and marks a career highlight after more than forty years of making music.

In his own words:

“This was a record I never intended to make. At the beginning of March I was about to embark on a lengthy UK tour with Stiff Little Fingers and had more than fifty gigs planned for the rest of the year, including some of the biggest venues I had ever played supporting Die Toten Hosen in Germany over the Summer. Suddenly everything changed. Even before the tour started, news of the Covid 19 virus reaching Europe arrived. After only three dates the tour was abandoned, I headed back home, the country went into lockdown, and – even worse – a couple of days later my partner and I fell ill and we realised we had gone down with the Coronavirus. We even knew the exact moment we had caught it: on the way to the last of the gigs we had stopped off at a motorway service station and while queuing for a coffee, someone sneezed in front of us. If Britain’s government had taken the situation seriously and put the country into lockdown a week earlier, as much of the rest of Europe had, it would never have happened. But now the damage was done.

From my sickbed I watched with utter disbelief as the mismanagement of the situation got worse and worse, and when I started to feel well enough again I did what any writer would have done: I began to write about what was happening.”

The eleven songs that came out of this intensive songwriting session are among the most personal and powerful that Smith has ever produced..

Pre-order the album (from Europe)