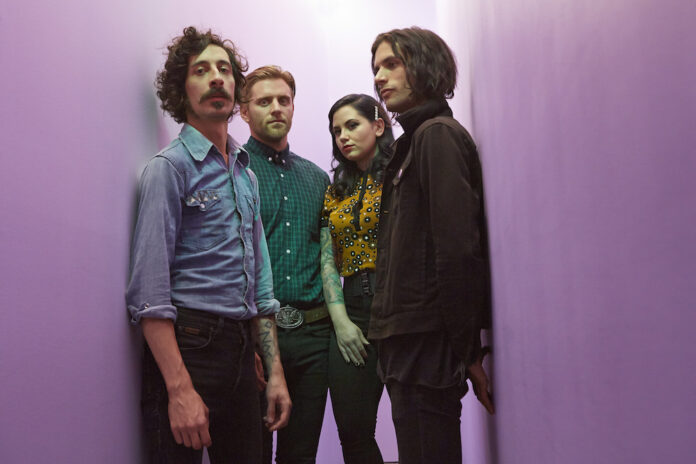 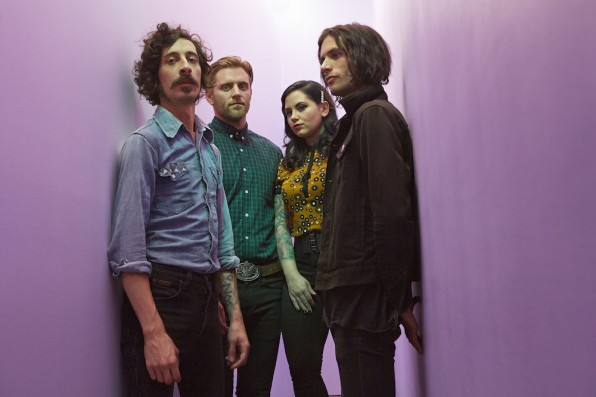 Turbowolf, the band who’d be hailed as the saviours of rock music if it needed saving, are back with a brilliant new video and a new album, Two Hands, due out on April 6th. Stream the trippy animated video below, where you’ll also find more info about the new album and touring dates galore.

Bristol’s Turbowolf arrived with a bang a few years ago with a hugely impressive debut album which garnered some rave reviews and a sound that, although rock at heart, also borrows from such genres as psychedelia, heavy metal, punk rock and electronica. They soon added to those things a reputation for putting on some of the most cataclysmic, apoplectic, take no prisoners live shows in the country, as we’ve been lucky enough to witness on more than one occasion.

Last time we saw Turbowolf was at the closing party for The Croft in June 2013, where they and about 300 people were crammed into a small room with it going off. Since then though they’ve been picking up fans left, right and centre, not least when they went out on tour with Royal Blood (whose Mike Kerr is a huge fan, describing their new album as “totally insane“) last year and on their own headline tour in December.

And now they have not only a new album due out later this year, in April in fact, but also a 12-date tour across the UK and Europe supporting Death From Above 1979, following which they’ll be off out on a string of their own headline shows across the UK in April in support of the new album.

The video for Rich Gift below is by American contemporary artist, Dax Norman and it’s an epic display of trippy animation, featuring an array of mind-boggling creatures and taking you on one hell of a journey. Imagine Yellow Submarine through the warped mind of a pop art Picasso.

If you pre-order the album HERE – out April 6th – you get two tracks, ‘Rich Gift’ and ‘Rabbits Foot’ available right away so that’s def recommended. Full touring dates below Rich Gift:

On tour with Death From Above 1979. Tickets on sale now – deathfromabove1979.com.