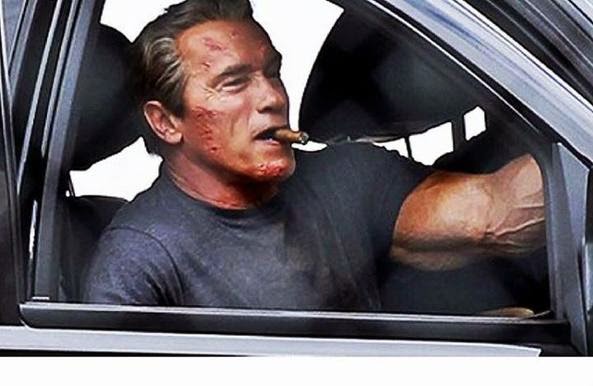 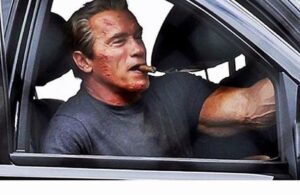 The new Terminator film is out next summer and the youtube trailer is already out. The plot looks pretty mental with parallel universes,a young terminator, roles reversed and the return of Arnie in his career defining part as an elder silver haired Terminator who still utters the immortal ‘I’ll be back line…’

It’s had mixed reaction so far- words like confusing and ridiculous have been thrown around but then that was always the whole point surely? it was a pop culture icon in its time – a film that was as anthemic and dumb as the greatest stadium filling gonzoid metal song. It was like the gun ho, gun toting republican dream turned into celluloid and so un PC that is  was a perfect piece of entertainment – a gonzoid steroid jacked burger of fun that was oddly compulsive and has stood the test of time, perhaps due to Arnie’s sheer presence.

For us the more ridiculous it gets the better but what do you think?