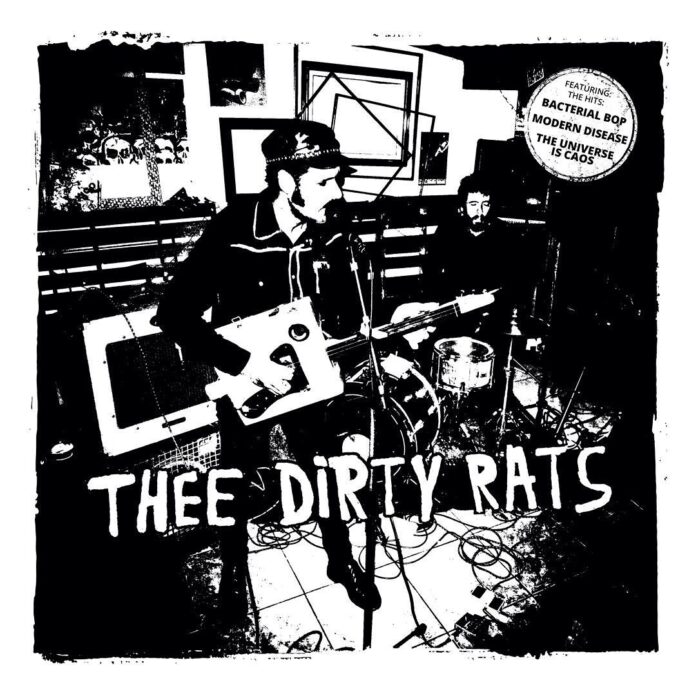 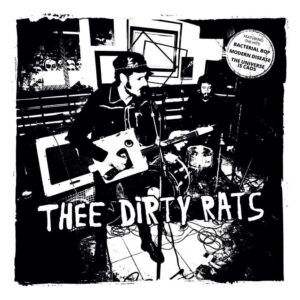 Thee Dirty Rats, from Sao Paulo, Brazil, have been disrupting the “garage-punk” scene for a solid grip of years now. “A perfect tragedy” has been leveled at these two human tinkers, who make their own guitars and drums off the sweaty back of junkyard dust from the local scrapyard. The tunes on this new 12″ are raw, trashy, and gloriously weird; sounding like Devo and The Gories mixed up in their own favorite milkshake and served in a diner playing only Jon Spencer tunes. Very cool, very refreshing. You might just froth at the mouth after taking a gulp of this concoction.

Luis Tissot (Fab. Gogoboy from Alabama, Jazz Beat Committee, Human Trash, The Great Munzini) kicks out a gritty fuzz on some “wild cigar-box guitar” along with his partner in crime, Fernando Hitman (From one-man band Hitman) beating a tight beat on a beautifully broken trash-canned drumkit with badly broken Moog synths and keyboards.

These two “human cannonballs” have just finished up the final lo-fi lashings and thrashings of their 16-song, brand new, poignantly titled album “Humans Out” which is slated for release on 14 August on the mighty Brazil label Mandinga Records.

In the meantime, you can enjoy their new video single “Bacterial Bop” and preorder the record here!