Home Blogs watch this! The return of the Ting Tings – with a disco... 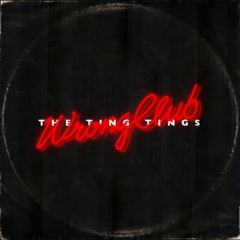 Been a long time since anyone heard from the Ting Tings- their initial success was followed by a difficult second album but they have decamped to Ibiza and gone all seventies disco and returned with a fab piece of perfect sexy pop music with the single, ‘Wrong Club’ which is released on August 18th.

The video was filmed in an old warehouse in Paris and the director, Lisa Paclet is French/Italian and works mainly in fashion with brands such as Dior, Hermes, Chanel, Issey Miyake, A.P.C., Yves Saint Laurent and collaborates with art direction firms such as Petronio Associates, Skerzo and the Magazine Self Service.

The choreographers are Olivier Casamayou and Carine Charaire, who work under the name ‘I COULD NEVER BE A DANCER’. They’ve worked with Kylie, Pet Shop Boys, MGMT, Willy Moon.

The Ting Tings announce that their new album ‘Super Critical’ will be released on October 20th.