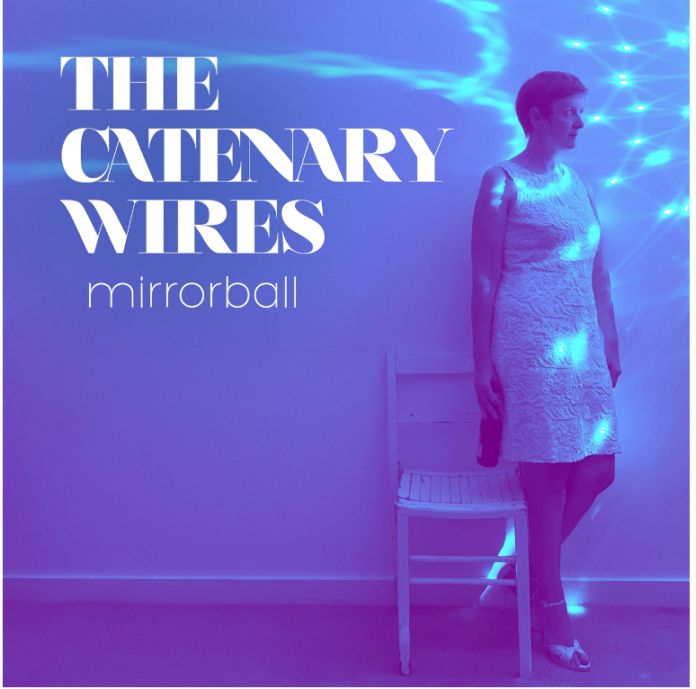 With this sprightly piece of melodic, classic indie-pop that has all the classic British pop skills of melancholic, magic from the mundane, observational kitchen sink writing of a Beautiful South but with an indie core The Catenary Wives Mirrorball takes two lonely single people, and takes them for a night out in an 80s disco.  Surrounded by divorcees and middle-aged drunks, will they be too shy to talk, or will they find some love action?  Is this going to be heaven or hell?

Find out in this brand-new video…

This is definitely the most positive and the most romantic duet The Catenary Wires have ever released.   With delicate – and not so delicate – musical tributes to the 80s, Mirrorball  starts off sceptical, but ends up falling in love with the music of a decade that was pure, unsubtle, tasteless and synthetic.  The 80s disco turns out to be heavenly!

To celebrate, there’s a real (virtual) 80s disco in the diary – and everyone is invited.  Top indie club How Does It Feel has invited The Catenary Wires (and a lot of guest DJs) to take over for the night on March 27th. The playlist will be mostly heaven, but there will be a bit of hell thrown in…

Rob and Amelia (ex Talulah Gosh, Heavenly) started The Catenary Wires as a duo, but they’re a full band now – and the new recordings have a very different tone, with the inspired contributions of Fay Hallam (keyboard), Ian Button (drums) and Andy Lewis (bass).

The Catenary Wires write songs for grown-up indie kids.  They don’t pretend to be 23 any more, but they do remember what it felt like.   Their songs are a combination of joy and regret, innocence and experience.

MIRRORBALL is the first single from upcoming album Birling Gap which is out in April.