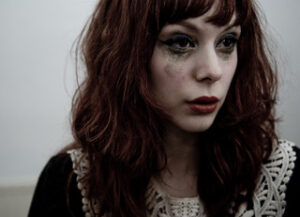 Unravel is the second song to be released from the forthcoming The Anchoress Album, and arrives with a evocative video featuring the work of New Zealand photographer Lily Warring inspired by David Lynch’s cult movie Mulholland Drive.

It’s driven by a string quartet that unfolds into a pulsating beats created on vintage synths, and a mournful vocal with the Anchoress noting: “I locked myself in a cupboard to record the vocal to capture that sense of claustrophobia when you feel as if you don’t know where to turn”.

Written and produced by The Anchoress – aka Catherine Anne Davies- her new album, The Art of Losing, navigates the detritus of death and the process of trying to climb out of it, and make something from it. It was created In the aftermath of several years of huge personal loss, after the untimely death of her father from an aggressive brain tumour, undergoing treatment for cervical cancer, and navigating multiple miscarriages and surgeries, the record follows Dylan Thomas’ instruction to “rage against the dying of the light”.

The fourteen tracks create a technicolour palate of emotions, firmly concerned with how to find purpose in the midst of grief: “Was there some purpose to losing my mind?”, she asks on the Depeche Mode-inspired title track: What did you learn when life was unkind..?

Order the album, which is already Number One in Amazon Hot New Releases pre-order sales chart, via www.theanchoress.co.uk