Home Music Bands Watch This! The Academy of Sun unveil The Parts That Need Replacing 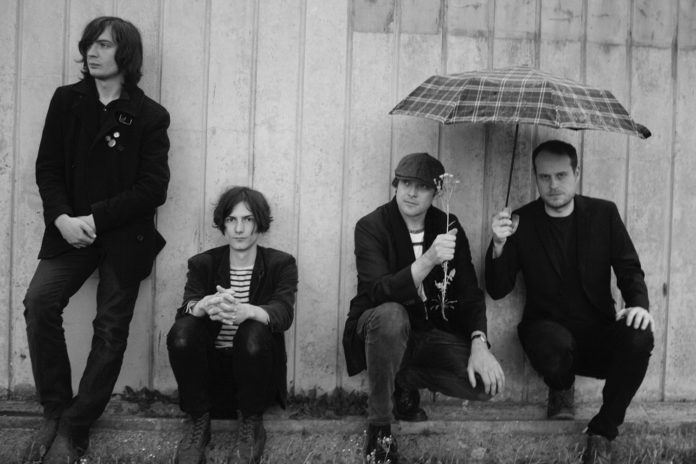 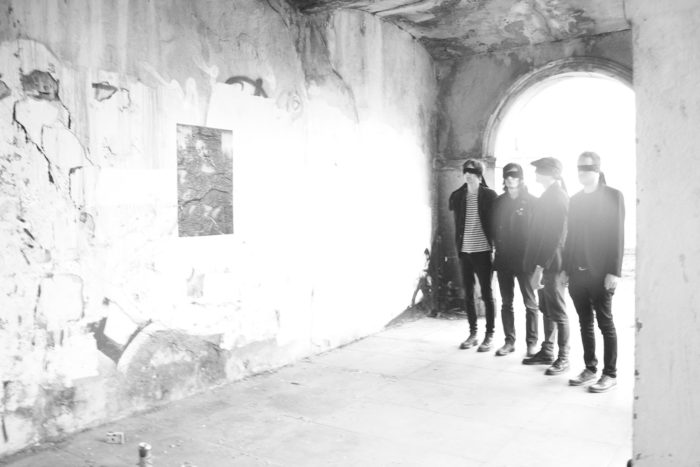 One of the more intriguing bands out of Brighton at this time is called The Academy of Sun (TAOS), formed in Brighton nine years ago. Like many bands, they have postponed the release of their new album ‘The Quiet Earth’ by a few months. However, they’ve decided to indulge us with numerous treats until that time, including videos, singles and some live streams of frontman Nick Hudson performing via Facebook.

Today we have the pleasure of presenting the new video for lead single ‘The Parts That Need Replacing’. This refreshing dynamic power pop-infused track is representative of the entire long-play in that it is clever, beautiful, ambitious and expansive. Brilliance from the first to final second, leaving you wanting more.

Lyrically, ‘The Parts That Need Replacing’ is an eerie elegy that begins “The medicine of death is best swallowed with laughter. Scuppered convictions dim the stage lights. I’ve used up angels like batteries”. But the music goes down so sweetly with bassist Kianna Blue and guitarist Guy Brice offering a saccharine alt-pop backdrop to Nick Hudson’s perfectly reassuring timbre and fine, seemingly-calculated vocal mannerisms.

Directed and edited by Nick Hudson with cinematography by Samuel Horn, this video features Wolfgang Storm as Elisabeth Bathory. Dinner guests include Mark Walter, Gillian Rodgers and TAOS frontman Nick Hudson in what seems to be a red-brushed-culinary spread of grisly delight (for somebody) shot in a gothic lair.

“The Parts That Need Replacing’ was written to sate my desire to ‘reconsecrate’ 16th Century Hungarian countess and noblewoman Elisabeth Bathory, whose reputed cannibalism and serial murders were most likely reputation-staining fantasies dreamed up by the church out of institutional jealousy. How could a woman possess such vast wealth and estates AND resist conformity with the church’s ways of being. Same tarring-brush as used on Jeanne D’Arc and Gilles de Rais. Usually Bathory is immortalised in doom and black metal, so I wanted this reconsecration to take place by feeding these myths, scenarios and allegations of bloodbaths, black magic and eternal life into the medium of a hyper-catchy, high-energy pop song,” says Nick Hudson.

“The video – just as the song – alludes to various parts of the Elisabeth Bathory mythos – the alleged bathing in blood to replenish her youth, the cannibalism, the occult and gnostic preoccupations, the aristocratic sensibilities, etc., whilst also ‘queering’ Bathory by having her played by the 23-year-old musician and artist Wolfgang Storm. The local butchers are getting fairly accustomed to my infrequent but memorable extra-curricular requests for off-cuts. As the song states “the best special effects are those you cannot see”… we shot it in one, fevered, orgiastic and insanely fun day. The dinner sequence was as deranged to shoot as it looks to be in the resultant video.

Julian Cope hit the nail on the head when he said their music is “highly fucking beautiful”. Neither was Stuart Braithwaite of Mogwai in saying “Nick Hudson and his group The Academy of Sun are some of the most exciting musicians currently operating in the UK”. Fans of Suede, Pulp, Edwyn Collins, The Stranglers, Kayo Dot, Coil and Nick Cave and The Bad Seeds cannot go wrong with this music.

The band’s coming 15-track collection, titled ‘The Quiet Earth’, offers a colossal meditation on dystopia, irradiated landscapes and extreme states of human emotion, taking in post-punk, chamber ballads and darkly prog studio epics. The LP was recorded at Church Road Studios in Hove with Paul Pascoe, who worked on the last 2 albums by Barry Adamson (Magazine, Nick Cave and the Bad Seeds).

This album follows 2017’s ‘Codex Novena’ LP, a hypnotic, doomy opus that found its way onto both Dangerous Minds and Sweeping The Nation end-of-year lists.

Known for explosive and psychedelic live shows, The Academy Of Sun has performed in a medieval castle in Italy, a boat on the Thames, an abandoned railway carriage in Offenbach, colossal churches, The London College of Fashion, The Old Market theatre in Brighton, the MS Stubnitz in Hamburg, Brighton Dome, and a string of L.A. shows. They’ve toured 3 continents, including shows with Mogwai, Toby Driver and Keith Abrams from Kayo Dot, and Timba Harris (Mr Bungle, Amanda Palmer).

‘The Parts That Need Replacing’ is out now, available everywhere digitally, including Spotify. The full album ‘The Quiet Earth’ will be released in early summer on CD, as well as digitally.

The band has also dropped a few more teasers for the forthcoming album. Have a peek: