Home Music Watch This! The 1865 ‘John Brown’s Gat’ melds past with present in... 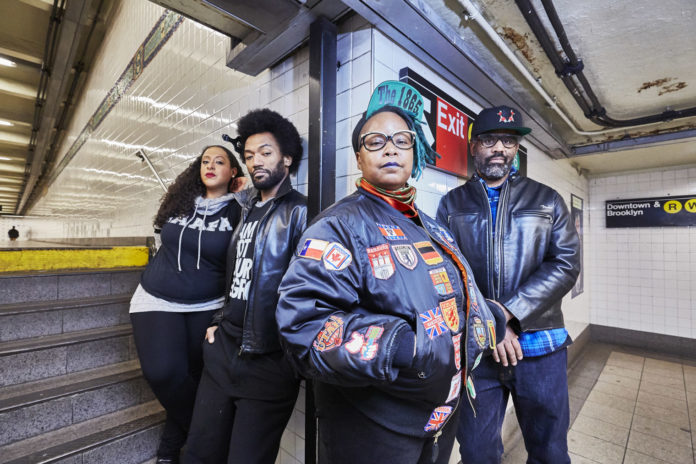 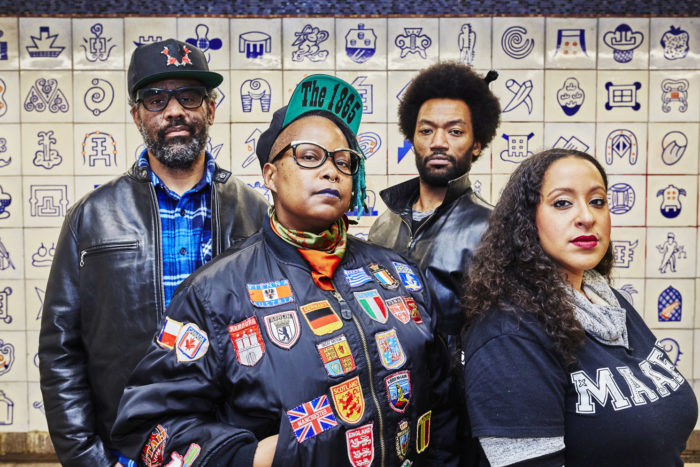 While we certainly like to give greater exposure to artists on the cutting edge of music, whether it be through their genres and blending thereof or the thematic topics they address, or their overall aesthetic presentation, every once in a while there comes a band that puts all of that together in a way that nobody has ever done previous to them. This could be one of those instances – enter The 1865, a slick and highly unique band from New York. They are both forward thinking and reflective of the past and unfortunately, how much things continue to stay the same, as if in some ass-backward repeated loop that humanity can’t seem to break from, while knowing full well that we should.

Several months after releasing their debut album ‘Don’t Tread On We!’ through New York-based Mass Appeal Records, they are back with the new video for ‘John Brown’s Gat’. Directed by Hectah, the new video combines imagery and text from found images, Press clippings and retro-styled images of the musicians in order to fit with the overall stylistics of this video. Together this works very well, all serving to underline the overarching message of this track, and the rage that fuels both this band’s mission and their angst-filled but very timely sound.

“John Brown was a white man who believed that African Americans should not be enslaved; he was willing to bust his gun (aka his “Gat”) to contribute to the emancipation/liberation effort. The kids today would simply describe him as an “ally”. He was willing to put his life on the line and eventually he lost his life on behalf of his Nubian brothers and sisters. We crafted a tune to honor the man. RIP my brother. You were on the right side of history. Donald Trump is a chump,” says Sacha Jenkins.

This is a band who is not afraid to break new ground, to pursue a history-informed agenda for the future, to educate those who are indeed listening, and to infuse with groove those who are not really listening but want to feel the music… truth be told, there really is so much here to feel and think about.

The 1865 was formed in 2017 by musician/filmmaker Sacha Jenkins (The White Mandingos, The Wilding Incident), who also directed the new Wu-Tang docu-series acquired by Showtime. The band came to life when joined by Carolyn “Honeychild” Coleman (Apollo Heights / The Veldt, Badawi) on lead vocals/baritone guitar and famed session musician pro-skateboarder Chuck Treece on drums. The band later added Afro-Brazilian bassist Flora Lucini (Maafa) and drummer Jason “Biz” Lucas (Dragonz of Zynth) to the mix.

The 1865’s music is influenced by Bad Brains, Jimi Hendrix, Muddy Waters, Minor Threat, but also such artists as Neil Young, Betty Davis and X-Ray Spex. Punk, metal and new wave dipped in blues barbecue sauce. Open your mouth and dive right in – it tastes great. Machine gun and dissonant guitars, bass deeper than the Bayou, and revolutionary drums lifted straight out of tools in the field.

The band recorded this debut album at Applehead Recording Studio in Woodstock, New York with Chris Bittner and Michael Birnbaum, who have worked with everyone from Bad Brains to Living Colour to Coheed and Cambria.

On ‘Don’t Tread On We!’, the band takes inspiration from 1865 America, post the Emancipation. Each song from the LP features different explorations of life in 1865 America, a land living in the shadows of the fallen Confederacy. That year, the Civil War came to an end, thus igniting what was known as America’s Reconstruction era. And while newly freed slaves were slowly adapting to a post-Confederate society, the battle had truly just begun.

There are still so many parallels with modern American history, The 1865 chose their name as to signify that the more things change, the more they stay the same. This debut album punctuates that sentiment, with real stories told through the prism of hardcore punk. The result is a band, whose lyrics are just as powerful as their bone-shaking sound.

In this current climate, message music is absolutely vital. Enter The 1865 with their mission to inform of the past while simultaneously highlighting some painful realities about the present. Each song is a carefully constructed history lesson, with a supercharged soundscape

“I think Carolyn did a really great job of telling a really broad range of perspectives. All of these songs can be looked at as stories. But if you’re not really plugged into what the lyrics are about or what the scene is all about, at the end of the day the music still rocks, ” says Sacha.

‘Don’t Tread On We!’ is out now, available digitally on Bandcamp, as well as numerous other online stores. It has also been pressed on black and red vinyl in a vintage style jacket with a lyric/coloring book, available at here.

The 1865 will be playing several live dates in January, including a residency at New York’s Max Fish on January 9th and a Martin Luther King celebration at Brooklyn Academy of Music BAM Cafe on January 18th. Ahead of that, Honeychild Coleman will be playing a live solo show on Halloween at Alphaville along with her former bandmates (The Veldt and Micah Gaugh).

Also check out the first two singles from this album, which they presented earlier