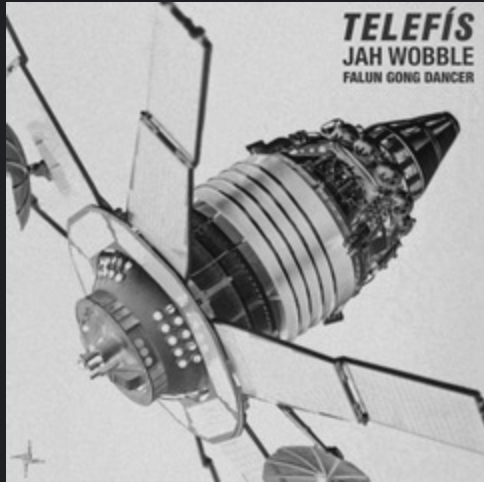 This is pretty special…an atmospheric track that is still pushing music boundaries with added bonus of a great Wobble bassline and Telefis members, Jackknife Lee and Cathal Coughlan really pushing the creative boat out…

The third single from the forthcoming Telefís album ‘a hAon’ (Number One) finds band members Jacknife Lee and Cathal Coughlan collaborating with legendary post-punk bass maestro Jah Wobble (Public Image Limited, Invaders Of The Heart). What started as a disarmingly quiet and reflective song with vocals and ghostly piano chords has been transformed into a deep-dub odyssey with Wobble’s signature low-end bass runs anchoring crisp percussion and panoramic space-echo effects.

On the collaboration Jacknife notes…”there are few bass players as iconic as Jah Wobble. I have studied and tried to copy his style for decades but never really got close. Brian from Dimple Discs suggested we ask him to get on “Falun Gong Dancer” but I didn’t believe it would happen. We are still shocked that he agreed to collaborate with us and are excited for it to be heard”
Cathal Coughlan elaborates…”Even a relatively obscure musical life such as mine can fortunately bring pinch-yourself moments of proximity to greatness, and so it is with Jah Wobble’s transformative contribution to this version of “Falun Gong Dancer”. The song was already a high-point of the first Telefís album, but in this version it goes somewhere else entirely, thanks to JW’s signature contribution”
Telefís, (the Irish Gaelic word for Television, pronounced Tele-feesh) is a new collaboration between two acclaimed Irish iconoclasts, composer/mixer/producer Garret “Jacknife” Lee (U2, REM, Modest Mouse and many others) and singer/lyricist/composer Cathal Coughlan (Microdisney, Fatima Mansions and many acclaimed solo works). With Jacknife now based in Los Angeles and Cathal based in London, the two spent 2020 trading ideas and musical files during lockdown, hatching plans for a satirical, mischievous examination of Irish history and pop culture in their lifetimes, what the two have labelled ..”a corrosive nostalgia”. The result is an album entitled “a hAon” (Number One), which will be released by Dimple Discs on February 11, 2022.