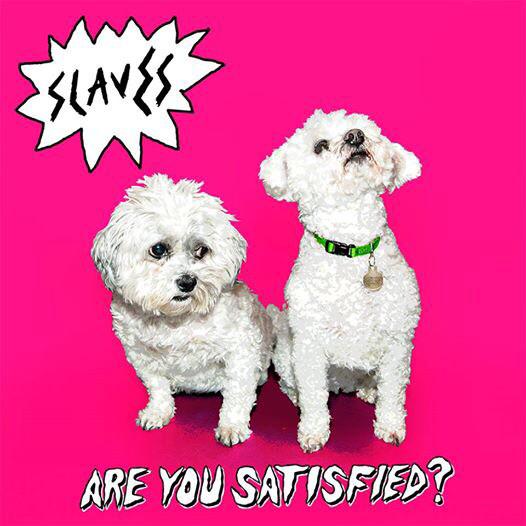 Slaves have a new single, Feed The Mantaray, due out on March 23rd. It’s taken from their debut album ‘Are You Satisfied?’, which is due out on June 1st. Check out the brilliant video for the single above, directed by Youth Hymns & Slaves themselves.

As well as the A side – Feed The Mantaray – The single also has  two B sides; ‘OK’ and ‘I Shine My Shoes With A Dirty Vest’.

The ‘Are You Satisfied?’ album, we’re told…

“…is a colourful, funny and often riotous riposte to the dreary mood of Austerity Britain and brilliantly captures the nation’s frustrated but keep on partying attitude.

“With a reputation for raucous, chaotic and energetic live shows, Slaves frantic urgency is captured in rousing anthems like ‘Cheer Up London’ and ‘Do Something’ as well as previous singles ‘Hey’ and ‘The Hunter’.”

The band are on the NME tour which starts in Nottingham tomorrow and you can expect a review on these pages on Wednesday.

Oh, and make sure you check out our recent, in depth interview with the band!

You can find Slaves online here: youareallslaves.com. They’re also on Facebook and they tweet as @slaves. More music from them can be found on Youtube and Soundloud.