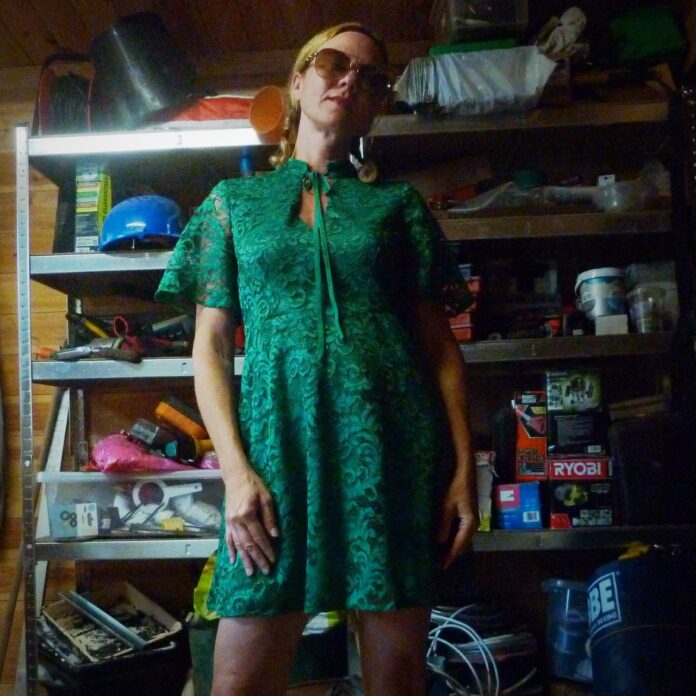 “We’re stuck together through good and bad.” The tedium and frustration of lockdown is captured perfectly musically and visually by Bristol band Shoun Shoun in their no-budget video for new single Stuck.

Recorded in a garage, mixed in a loft, with the neighbour playing the bass line – lo-fi meets no-fi – it’s a classic DIY pandemic production, shot with an old digi camera in her garage, directed and edited by Annette Berlin, the driving force of Shoun Shoun.

With its tensely insistent groove, squall of fuzzed-up guitars and chaotically clattering cymbals set against Berlin’s laconic vocal, a throwback to the DIY ethic of The Ting Tings, it’s an urgent articulation of the way we all feel right now.

“It was a case of either going doolally or writing a song about it,” she says. “When writing Stuck, I was seriously worried about what condition my condition was actually in. I felt completely stuck, but at least I could still be creative, although I had to change my technique.”

Berlin pushed the DIY theme as far as she could, going through costume changes and unleashing the kind of dance moves we all try in the privacy of our own homes. “The song and the video were both created in my garage. I could bounce off the walls and nobody would care. What luxury! Not all of the band members felt inspired during the recording of the song, doing everything via the internet, being stuck themselves.

“That sucks – it’s what the current circumstances can do to you – so I had to be inventive to be able to finish the song and record some bits without the band actually being there.”

The single has already caught the ear of radio presenters including Tom Robinson – no mean achievement for a band with no manager or plugger – and an album will follow next year, just as soon as they finish off a few tunes and record them. “We’ve finally been back in a room together, all four of us, and that helps,” adds Berlin. “We’ve got ideas coming out of our ears.”

You’d expect nothing else from the Bristolian Berlin, a German-raised noisemonger who paid her dues with spells in Big Joan, Male, The Final Age and Rose Kemp, before striking out solo with songs of alienation, redemption and the emptiness at the end of the party, aided by band members Boris Ming (violin, synth) and rhythm section Giuseppe La Rezza (drums) and Ole Rudd (bass).