Home News WATCH THIS! Shaun Ryder on top form in new interview with... 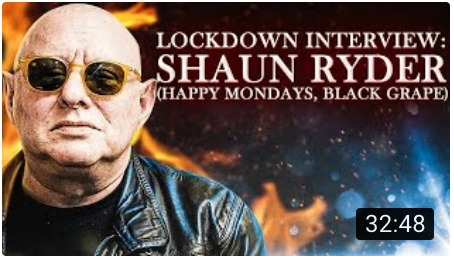 Shaun Ryder is the Salford guv’nor, Happy Mondays and Black Grape frontman and genius lyricist and icon of a generation.

This interview sees him on top form as he gives John Robb the lowdown on his lockdown life and what he’s been up to. He talks about the early days of the Happy Mondays, Black Grape, the creative process, his top 9 favourite swear words and lots of hilarious anecdotes in his first of series of the state of the nation addresses from his Salford bunker…