Home Blogs WATCH THIS! Shakespeare’s ‘A Winters Tale’ by Frank Cottrell Boyce and... 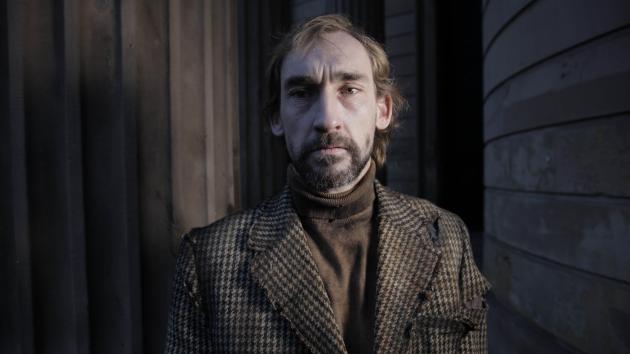 Written by the brilliant author Frank Cottrell Boyce who is best known for his work with Michael Winterbottom like Forget About Me. Butterfly Kiss, Welcome to Sarajevo, , 24 Hour Party People and Code 46 and a whole host of acclaimed work of his own, the final film in the  #ShakespeareLives series uses the otherworldly landscape of Crosby beach and Antony Gormley’s ‘Another Place’ sculptures to create a fantastical modern version of the play.

In this modern retelling, the roles are reversed and ‘Dad’ is turned to stone and left on a beach of forgotten souls after his wife and daughter become obsessed with technology.

Frank and I wanted to keep in the spirit of the original text. The Winter’s Tale, was Shakespeare’s first ‘special effects’ play – written not for the open air Globe,  but for the candle-lit Rose theatre,  where he could experiment with sound and light.  Shakespeare goes out of his way to draw our attention to time’s passing and the way time can often appear to stand still. The film tries to preserve the optimism and hope of Shakespeare’s late romances.

We both live close to the Gormely statues in Crosby and I often walk that coast line taking photographs, observing the landscape as it changes through the seasons.

I wanted a painterly approach to capturing the scenery and nature is a very good production designer.  The play is also famous for being set on “the sea coast of Bohemia”. Bohemia, of course, has no coast.  It must be “another place”,  to use the title of Gormley’s installation.

The film’s score reflects both the alien nature of the fantasy setting and the cinematic landscape in which the story takes place. It was inspired Bebe and Louis Barron’s score for The Forbidden Planet which was a re telling of The Tempest.