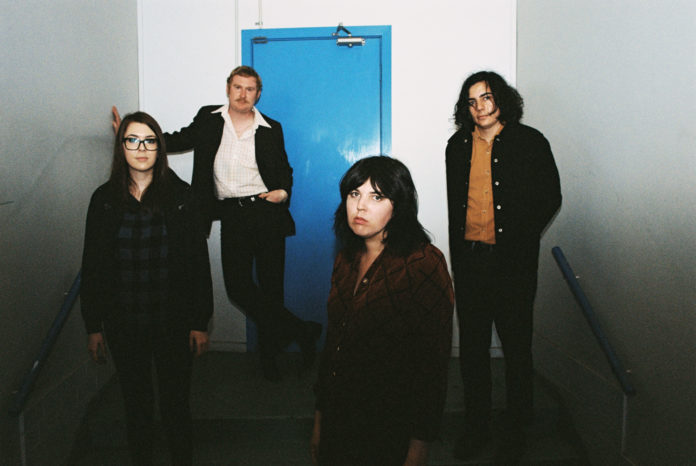 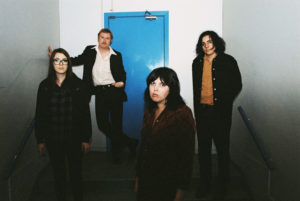 New single, Perfect Day, is the next track from their new album out on the 24th of April on Fire Records.

Frontwoman Romy, who we interviewed recently, explains: “It’s a song about trying to give someone the façade of it being a nice day even though things around them really aren’t good”.

Directed by Geoffrey O’Connor, the dreamlike and majestic music video sees the band in a snowstorm much like the turmoil at the centre of this song. “Movies and TV shows set in the snow have always made me feel happy in a way I cannot quite describe, so filming RVG perform their song 500 times in the middle of a snowstorm was a magical experience. I’m forever indebted to these lovely people and their beautiful music for giving me an excuse to buy a snow machine. I don’t know when or why, but I’m sure I will need it again.”

Recorded at Head Gap studios with producer Victor Van Vugt (PJ Harvey, Nick Cave & The Bad Seeds, Beth Orton), this is RVG’s first full-length release in three years and marks the beginning of a new era for the band.

On the record we said: “On Feral, RVG have created a record that is political in the personal. The lyrics are full of metaphors focusing on the exploration of the individual within the collective, the search for self-freedom, and the release of finding it and rising up against those that try to push us into their neat boxes. It’s a record that is totally of its time and yet could have been written at any point in the last three decades. An oxymoron, a contradiction, dragged into a world of confusion though the road is clear ahead.”

Read our full review of the album here, and check out the new video for Perfect Day below: