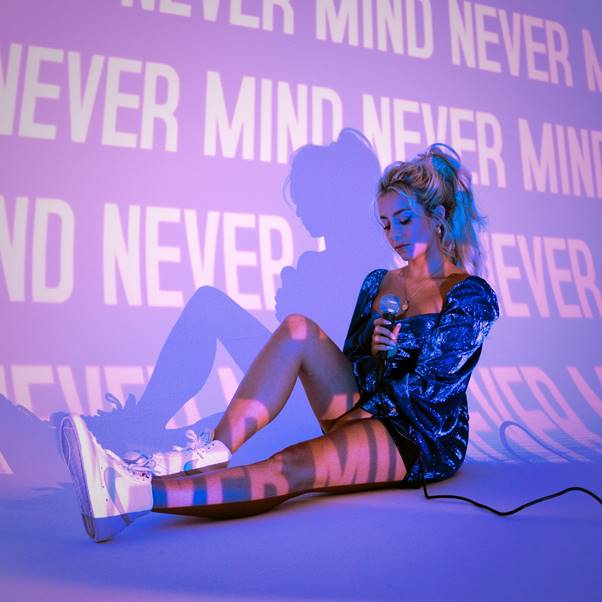 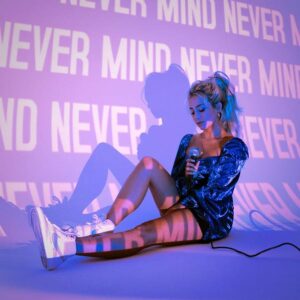 Pop and R&B singer bshp has released a new acoustic version of her debut Island single, Never Mind, offering a message of female empowerment to her legions of online fans.

The new stripped-back version focusses on bshp’s voice along with colourful lighting projections on the new video that’s in keeping with the playful pop elements of the song. She hopes it will hypnotise her fans as she sings blissfully, but honestly, about not wanting a crush to waste her time. A familiar feeling for many of her fans at some point in their lives.

“I’m so grateful for the support and love so far on Never Mind” says bshp. “I can’t believe I was able to hear my song on the BBC Radio 1 Breakfast show. I’m excited to put out this acoustic version too, it’s a nice change from the original, I hope you guys like it. Being able to shoot this during lockdown was a lot more fun than my weekly food shop.”

The Kent-based singer, who was previously known as Gabriella Vixen, toured with Sigala as part of his 2020 UK nationwide tour, and is best known for her cover of Des’ree Kissing You.

That cover caught the attention of Love Island producers and was then broadcast to set the scene of Nas and Demi’s first kiss gaining over 16k Shazams overnight, and over 2 million streams.

bshp has 100,000 monthly Spotify listeners under her belt thanks to the support from of Maya Jama, DJ Target, Twin B, Rebecca Judd and Manny Norte.