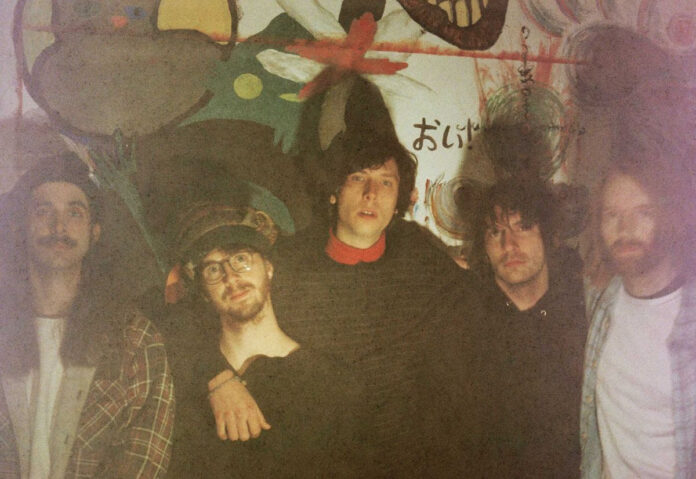 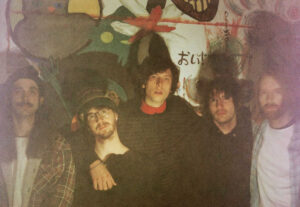 Philadelphia psych band Pine Barons release new video for their song The Adult from their latest album, Mirage On The Meadow.

Described as a “psychedelic amalgamation of graveyard shifting indie rock”, Pine Baron’s second album, Mirage On The Meadow, was preceded by two video releases and they’ve followed them up here with The Adult. On the song, frontman and the band’s multi-instumentalist and songwriter, Keith Abrams says the inspiration for the song was found in the concept of “time gradually speeding up through the habits and routines, childhood aspirations fading into short term goals, knowing more and more.”

He continued: “I want to learn it all over again, I never want to lose my imagination. The comfort in knowing how small I am in the vast universe, with clouds of dust getting blown across the deserts and a big magic moon magnet moving around the ocean, and it sounds like a giant, faraway symphony.”

Alex Beebe from the band, who also directed the video states that “To be “the adult” is to put on a mask. It’s to act tough; to procrastinate and disguise the fear of growing old. To ignore responsibility and get back to it later. To deny what has become the hardened shell that surrounds your inner innocence, and yet insist that it is “you”.”

The music of Pine Barons draws on and reflects upon the nature that surrounds them and their style traced back to them discovering how to play their insturments as the group of friends explored their rural surroundings before tying it all together through their love of jazz, punk, psych and experimental rock. The result is a bewitching record and definitely one to investigate further.

Check out the video for The Adult below.

Mirage On The Meadow is out now on Grind Select/Fat Possum.