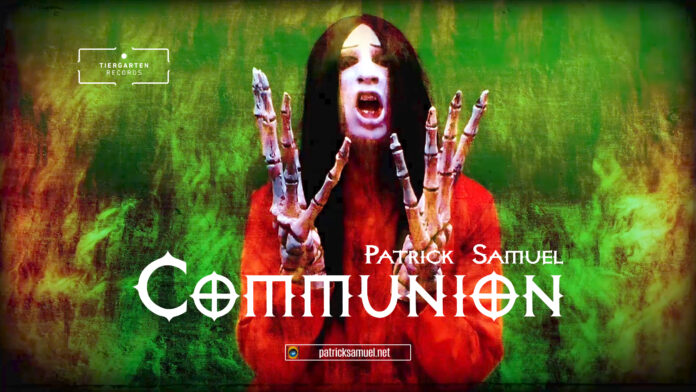 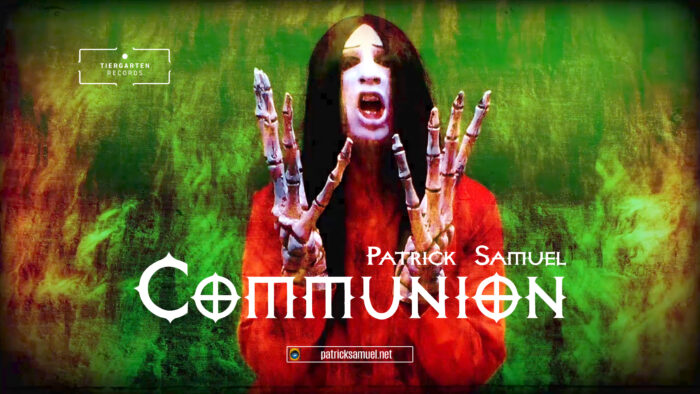 Following on from his latest album – which we reviewed here – Patrick Samuel has now released a video for the title track.

Communion is a dark, neo-goth piece that builds the tension into a frenzied attack on the senses.

Samuel says this about the song:

“Over the years, I’ve loved music by bands like Arcana, Dead Can Dance and Delirium and they’ve had some influence in my work, either subconsciously or more aggressively, but I’ve also been a huge fan of the harder, more industrial sounds by Ministry, Skinny Puppy, Swans and Thrill Kill Kult. With a track like Communion I felt it could be the best of both worlds; incorporating chants and commands over this filthy, sexy guitar riff and really hard drums that pull people in but unsettles them at the same time. I think that kind of dichotomy in music makes things remarkably interesting.

I was raised in a strict Catholic household that was well versed in hypocrisy. My version of Communion is about release, freedom, celebration and joy. It’s about breaking free from the confines of doctrines and giving ourselves to our thirst for knowledge and experience.”