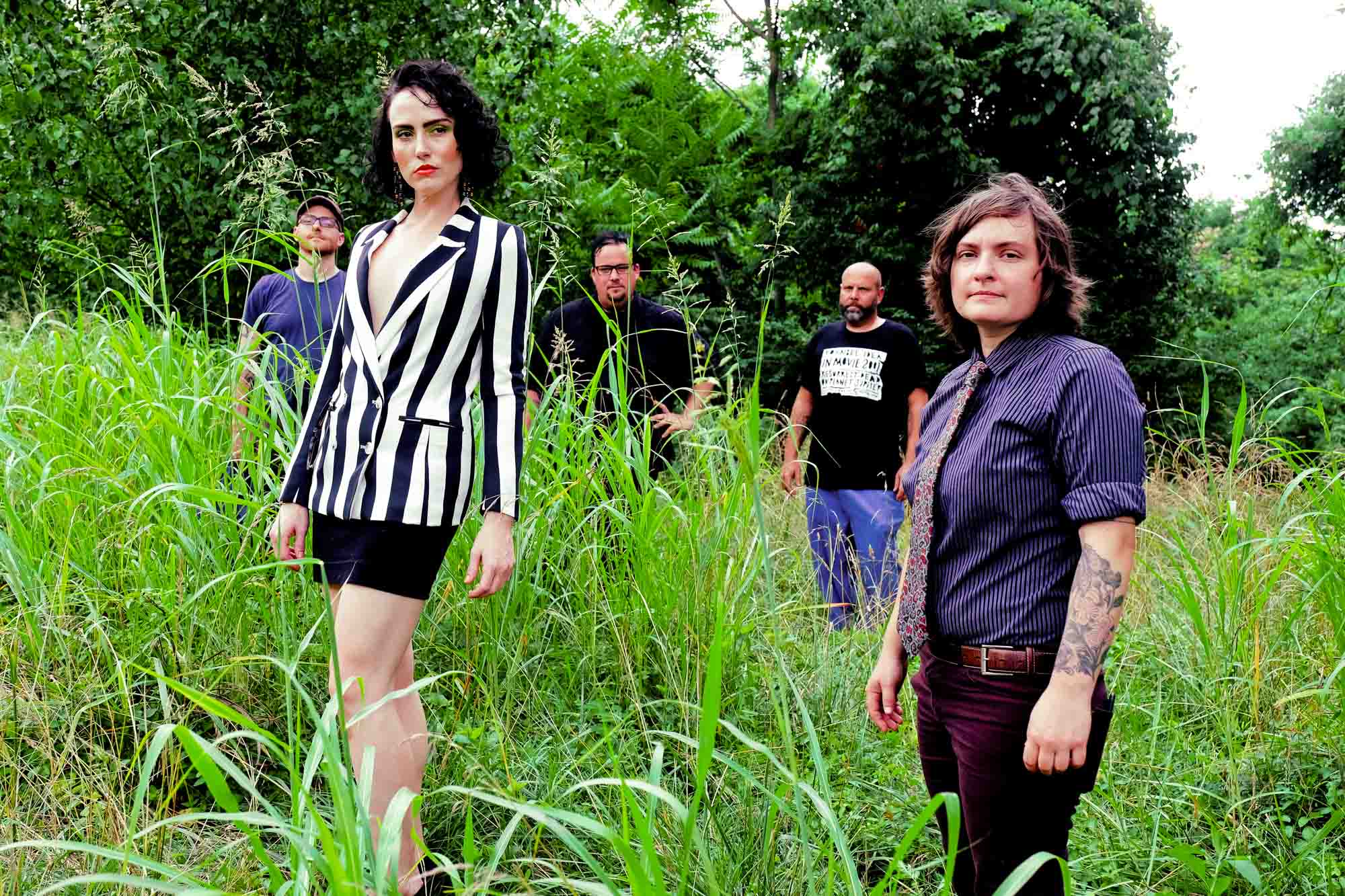 Nashville has long been one of the musical capitals of North America, so it should come as no surprise that one of the best indie pop finds of 2018 – Palm Ghosts – hails from this music hub. Today we are thrilled to present a wonderful animated video for ‘Love in Winter’, the lead track from the band’s new album ‘Architecture’, out now via Ice Queen Records.

The band offers a balanced blend of cinematic dream pop with dark indie, celebrating sounds from the most colorful of musical decades, the 1980s. The press material notes that Palm Ghosts sound like “Brendan Perry of Dead Can Dance guest appearance with Alvvays”. I’d say that is a pretty accurate description, but would further draw parallels with French bands Phoenix and M83 – Palm Ghosts brings that same feel-good pop factor without any kitsch or repetitiveness that blur the lines between so many indie bands.

The video, created by Nathan Morrow, further heightens the sentiments expressed in this song. Also based in Nashville, Morrow is a filmmaker and musician, who began making animated music videos for friends about 18 months ago. This led to other offers and soon Nathan was creating animated content for a variety of artists as well as animated short films.

“I thought a story of someone lost in the snow could be a cool animated short because I could utilize negative space in an interesting way. When Palm Ghosts contacted me about doing an animated video for their song “Love in Winter” I found that it fit perfectly with this idea,” says Nathan Morrow. “The video obviously portrays a relationship but I decided to leave a lot of the details open ended. The most important thing for me was capturing the mood of the song. The video was animated digitally using traditional 2D animation techniques as well as rotoscoping (tracing over live action footage)”.

After founding Palm Ghosts in Philadelphia in early 2013 and releasing the debut ‘Palm Ghosts’ album, Lekkas moved to Nashville in 2015, set up a home studio, and released Palm Records’ second album ‘Greenland’ in February of 2017. Soon after, Joseph began sketching song ideas to create the lush, cinematic arrangements he was hearing in his head. ‘Architecture’ is the fruit of his labors.

This album is a sea-change for the band from the more electro-laced dream pop- indie folk of former releases to a more synth heavy and decidedly darker post punk sound. A brand new group of talented musicians helped to form the tapestry of layered guitars, synthesizers and rhythmic pulse found on this record.

“With Palm Ghosts’ sound, I try to combine the things I love the most about early 80s music. The eccentricity of bands like XTC, The lush waves of sonic bliss from the early 4AD bands and The Cure, The dark dance music of Factory Records and the worldliness and adventurous palate of an artist like Peter Gabriel,” says Joseph Lekkas.

“‘Architecture’ is my first release as an artist that feels like a complete work with intention. It is musically inspired by music of the early 80s, contains a fair bit of nostalgia, but also feels new to me. Perhaps it is the male / female co-lead vocals, two completely different voices that blend in a unique way. The lyrics mostly deal with things I sadly know a thing or two about…depression and anxiety (cortisol, the hound) the dissolution of love (who knew me better than you?, love in winter, swan dives, a lover’s quarrel), but there are also some political nods to modern America and war (rhythm to rage, the crown and the confidant, red horizon).”

‘Architecture’ can be found via the regular online stores and streaming platforms. It is available on CD, cassette and digitally via Palm Ghosts’ Bandcamp, along with offerings from their back catalogue.