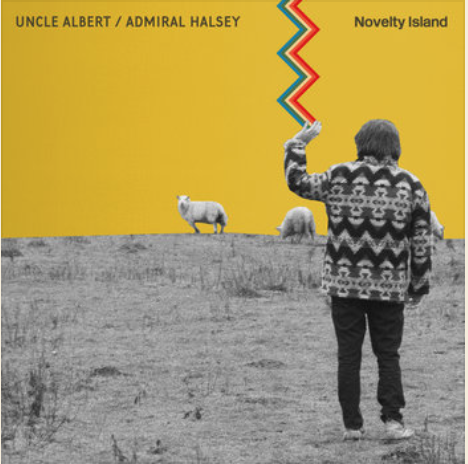 Much maligned at the time Paul McCartney’s second post Beatles album, Ram, is now considered an ahead of its time classic. In the early seventies the rock critics were tripping over themslves to procolaim John Lennon’s faux revolution and beating Macca with a big stick for his celebration of the simple things that make life like home and love with a soundtrack of homespun homely lo fi that now sounds like a decades too early precursor of most modern indie. (review of the Ram album by John Robb here)

If Ram was released now by someone else it would be a 6music staple and if you have not ever got immersed in the album maybe its time to give it a spin.

UK band, Novelty Island know this and have done a lo fi modern indie take on the US number one that came from the album ‘Uncle Albert/Admiral Halsey’  which is quite fantastic and also a great video that beautifully pastiches the rural indie of Macca McFab at te time.