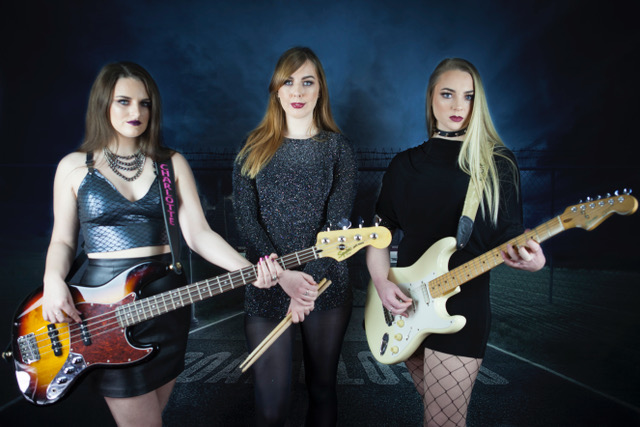 Channelling the sassy likes of The Runaways to Avril Lavigne, Nottingham-based trio Desensitised have been turning heads since their inception. Their new single ‘Emily’ was taken from their recent album Sister Psychosis on finds the band musing on themes of Jealousy.

“‘Emily’ is one of our favourite songs on the new album.” say the band “It’s a pop-punk anthem with vibrant guitars, punchy beats and a killer chorus. The song’s protagonist ‘Emily’ represents the girl everyone wants to be, who seems perfect on the outside but isn’t all that she seems. The theme of jealousy is prevalent throughout the song, with lyrics full of angst and conflicting emotions which contrasts with the song’s uplifting melodies.”