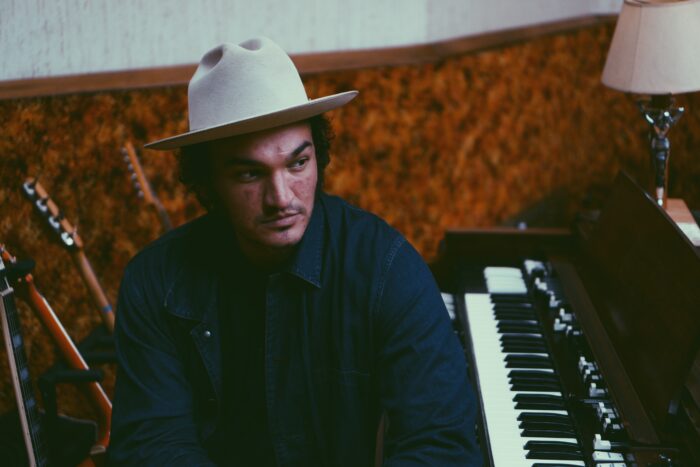 The Texas-born outfit Night Beats is today sharing a new single titled That’s All You Got, a collaboration between founding member Danny Lee Blackwell and Robert Levon Been of Black Rebel Motorcycle Club.

With a bunch of new material in the works, That’s All You Got is Night Beats’ first outing since they recently announced their signing to London-based label Fuzz Club. A slice of soulful, psychedelic R&B, the That’s All You Got 7” is out now, which includes the B-side Never Look Back, which features BRMC’s Levon Been. The song brings the classic sounds of the 60s to it, with Blackwell’s warm and rough tones gliding over a sweet track that recalls the likes of The Band and The Faces.

Talking about the single, Night Beats’ Danny Lee says: “Times like these make it seem like the world is tryna keep you down. We’ll always have corrupt politicians and two faced crooks trying to control our minds, but there are two things that are also eternal in this world: Rhythm and Blues. That’s All You Got is a reminder that at the end of the day, we’ll always have the SOUL.”

Night Beats and Black Rebel Motorcycle Club have played and toured together on multiple occasions and Levon Been can be heard co-producing and performing on the Night Beats’ 2016 LP Who Sold My Generation (Heavenly Recordings). Unlike these previous collaborations, however, That’s All You Got was co-written by the pair and the result is a pure, more authentic collaboration between two of the finest purveyors of contemporary rock’n’roll. Danny reflects: “I was honored to work with Robert, one of the greatest writers I’ve had the pleasure of calling a friend. Hopefully this song can bring light to the darkness surrounding all of us.”

The new material arrives off the back of Night Beats’ fourth LP, Myth of A Man, released last year and produced by Dan Auerbach of The Black Keys. Across the last album, as well as their self-titled 2011 debut, 2013’s Sonic Bloom and 2016’s Who Sold My Generation, Night Beats have clocked up critical acclaim, toured across North and South America, the UK and mainland Europe, Asia and South Africa and shared the stage with the likes of The Black Angels, Roky Erickson, The Jesus and Mary Chain, BRMC, The Zombies, Black Lips and Ty Segall, among many others.

The single, That’s All You Got, is available now on Fuzz Club Records. It’s also available from other platforms and outlets here.