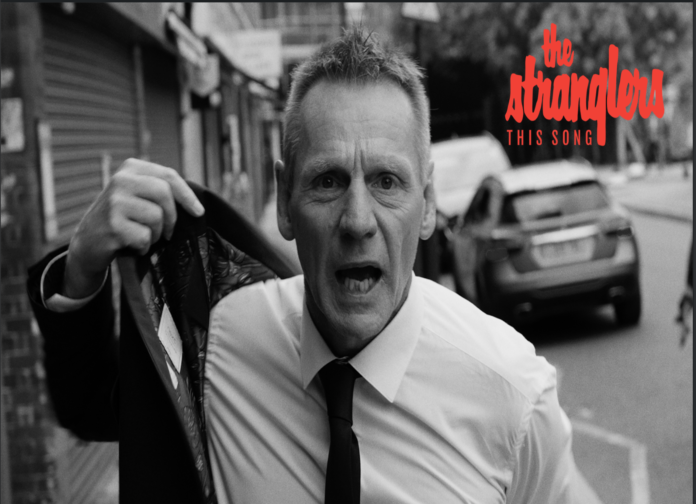 The new Stranglers video is for one of the more classic sounding Stranglers tracks from their diverse and brilliant upcoming ‘Dark Matters’ album that is on its way to the top 10. So far we have heard the melancholic sensitive side of the band and this track is reminder of the gnarly genius of the band at their best.

Pearce is a lifelong Stranglers fan, they’re one of his favourite bands and he has seen them play live over 300 times! The video for track titled ‘This Song’ follows Pearce in action mode, being chased through streets and leaping over ledges through a monochromatic London. He finished filming the video and then went straight off to the football ground for work!

On the making of the video, Pearce says: “When the Stranglers make you an offer you can’t refuse… you can’t refuse! I played it cool but to be honest I was excited, and honoured to be asked. As a lifelong fan of the Stranglers, being part of this video was very special. ‘This Song’ is the Stranglers at their best, a really catchy song full of all the classic traits of the band.”

Talking about their upcoming album Dark Matters, out September 10th, Pearce adds: “It’s a fitting tribute to Dave Greenfield who will be missed by everyone. I’m sure I speak for all Stranglers fans by saying we can’t wait to see the boys touring again.”