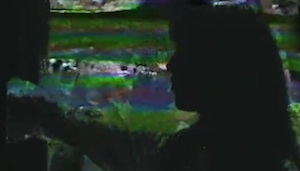 Like it says in the title, we recently gave Swedish experimental rockers The Skull Defekts new album a perfect 10 / 10, in the process describing it as “Undoubtedly one of the most inventive albums you will ever hear”. They’ve just released a new video which is a necessary watch for anyone favouring skilfully executed hypnotic noise rock and experimental electronics. At the same time.

In the video for The Known Unknown, director / editor Joe DeNardo uses mixed imagery from American football, naval battle footage and a science tape exploring ‘The Mind’ to create the visuals to accompany the track”

“I tried to play off the lyrics a bit to visually approximate an idea of TOTAL CONFUSION,” says DeNardo, “though not without some playfulness…”

The Skull Defekts will tour Europe later this year – keep your eyes open for the dates.