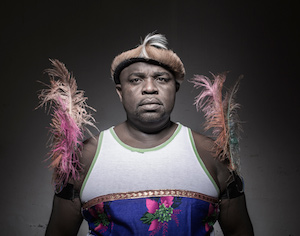 Earlier in the month it was announced that Nozinja, the South African artist famous for creating the revolutionary dance movement dubbed ‘shangaan electro’, had signed to Warp Records. More music was promised as well as some live shows. Sure enough we now have the first video to share with you from what seems like a perfect collaboration of forward thinking innovators, Nozinja and Warp records, plus details of a handful of live dates.

As some of you may remember we covered Shangaan Electro back in December 2010 having got wind of it through a compilation on the ever brilliant Honest Jons following the craze getting some exposure thanks to the world cup of football which had taken place in South Africa that same year.

With Shangaan Electro, Nozinja dreamt up an innovative and iconic Afro-futurist strain of electronic dance music: it is home-grown rave music in its purest form and a Shangaan Electro show is one of the most brilliant, breathless and spectacular of sights a person can witness. Indeed, to truly know shangaan electro one has to see it in a live scenario I would aver. So it’s good news that some Nozinja live dates are just around the corner – details of which you can find below the video.

The video just releases today is for the track Tsekeleke. It was filmed in Johannesburg and directed by Chris Saunders. It will also feature on a 12” which is due out later this year.