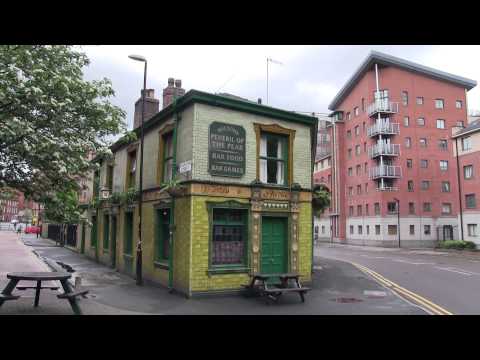 Pre order the upcoming Kill Pretty album from the Louder Than War shop. New album is released in September

Fresh from supporting the Fall (at Manchester Cathedral where they played a song called I Blaspheme!) and readying their album to be released on Louder Than War records Kill Pretty are dealing out a rough yet highly melodic take on the spirit of punk.

This is their hymn to Manchester which musically gives a nod to the Mob, whose All The Madmen label released their previous album. Expect to hear this echo-ing around the terraces soon.

“Kill Pretty are my kind of band, because they represent every old-enough-to-know-better underdog band from every godforsaken forgotten backstreet rehearsal studio in every provincial town in the UK. A band who believe in what they do, who do it for the love of it and to express themselves rather than for fame or reward. They make a beautiful fuckin’€™ racket, full of heart & soul. ”

The Forthcoming album is stuffed full of absolute classics like Wild At Heart, I Hate Everything, Unhappy Birthday, Back Passage Boys, Swastika Girls. the aforementioned I Blaspheme. There’s a searing savage song about the Sun, touches of Krautrock, Dub and Bowie-funk with lyrics that many a young band would be too lily-livered to perform. Its the sound of the under-dog snarling and biting back….