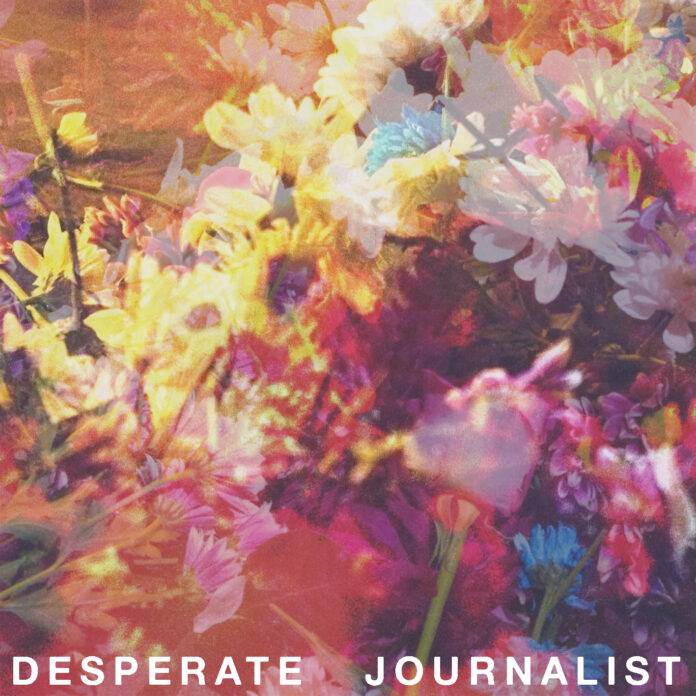 Their debut album is out now and new single will be released in May to coincide with a UK tour – watch the video for Desperate Journalist’s Hesitate here!

With a video inspired by the work of film artist Takashi Ito, Hesitate by Desperate Journalist is the next single to be taken from the band’s eponymous debut. Director Jason Weidner altered film speeds mixed with time-lapse and projections creates a disjointed, ghostly effect.

Singer Jo Bevan said: “I was really struck by how he uses time lapse photography, projection and altered film speeds in a sketching way to make something at once sadly romantic, ghostly and kind of mundane. I sent one of his films (‘Grim’) to Jason and he came up with a treatment inspired by Ito’s aesthetic which perfectly reflects the paralysing anxiety of the lyrics.”

Sonically Desperate Journalist give a nod to a classic indie sound with poetic lyrics set against slash and swoon guitars. Hesitate is a dark but anthemic track which shows the focus and confidence of band who have lined up all their musical touchpoints to form a path of their own making.

The debut album is out now on Fierce Panda. Hesitate is released on Find the band on Facebook and Soundcloud.

See Desperate Journalist on tour in May: