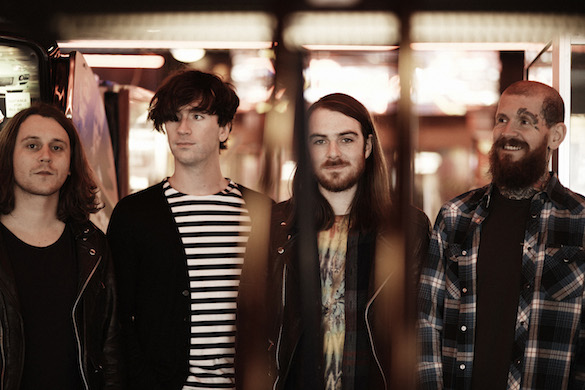 Pulled Apart By Horses, who we saw re-emerge after a relatively quiet period at Hit The Deck Festival a few weeks ago, have confirmed details of their plans for 2014, starting with a brand new single Hot Squash, out on 23rd June, a video for which you can check out below. They’ve also passed on details about their new album which, again, you can find below.

The track, Hot Squash, was mixed by Rich Costey (Muse / Foo Fighters / Mastodon / The Mars Volta) and is the opening song on the band’s forthcoming third album ‘Blood’ due out 1st September 2014. It is the follow up to 2012’s ‘Tough Love’ and was recorded in the band’s hometown of Leeds with producer Matt Peel (Eagulls) and it will be released on their new label Best of the Best through Sony/RED.

‘Hot Squash’ is PABH’s personal take on hypnotic desert rock with soaring riffs, topped by urgent & brooding vocals. With lyrics partly inspired by the Paul Thomas Anderson movie ‘The Master’, drummer Lee Vincent explained: “When we were writing and recording ‘Hot Squash’ I had just watched the film. Being a massive PTA fan I was blown away as usual and feeling suitably inspired I wrote a few lines of lyrics about cults and brainwashing. Tom [Hudson, vocals/guitar] elaborated on these and Hot Squash was born! I love the ambiguity of ‘The Master’, attacking such a huge subject with such subtlety is just genius in my eyes.”

We’re really loving this change in direction from the band and are wondering if it’ll be a permanent one or not. Time will tell!

The video is below. It’s a surreal David Lynch-esque film by director Sing J Lee, who has previously worked with Chvrches and Gorgon City. He mysteriously described it as “set beneath the quiet suburban life, we take a voyeuristic trip into a dark, nonsensical romance.” Check it out now and scroll past it for the album track list and a handful of live dates the band have scheduled in. 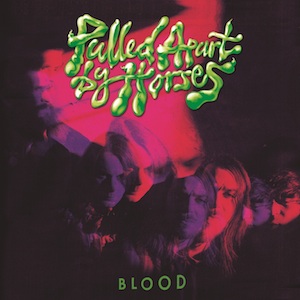