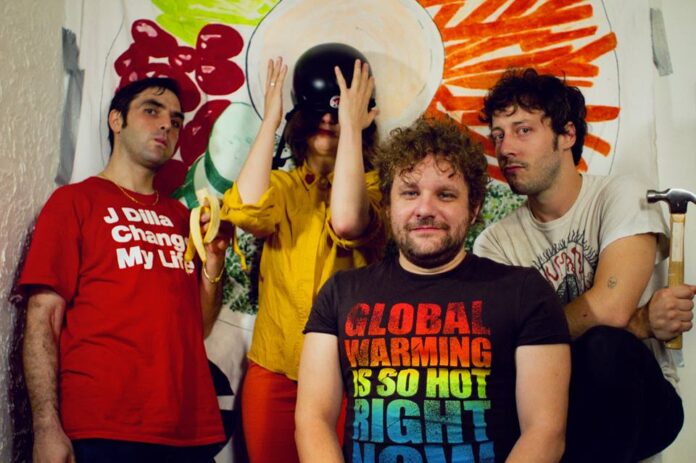 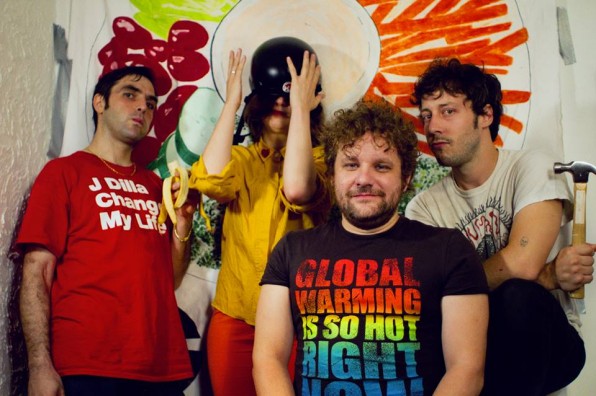 It doesn’t happen often but occasionally we get sent a link to a video / audio stream by an artist we’ve not heard before that kinda floors us. That happened with the new video by screaming alt-psych-punk messiahs PyPy which you can check out below.

There’s every possibility you’ve heard of PyPy of course. They’ve been around for a while now, long enough to put out an excellent LP (which was released in Feb on the ever reliable Slovenly Records) called Pagan Day. So we probably ought to put our hands up and admit to being remiss on this one for not sending them your way before. Or reviewing the album!

The band comes at you from outta Montreal and is a collective based around artists from “supreme synth-punk trio” Duchess Says and longtime local garage rocker Roy Vucino (the Spaceshits, les Sexareenos, CPC Gangbangs, Red Mass). Granted there’s nothing revolutionary about their sound, but when they pull it off as effectively as PyPy do on this track that really doesn’t matter.

The video is for New York and it’s a helter-skeltering mashup of all your favourite rock genres – krautrock, punk rock, alt-rock, psyche rock, post-punk rock, fuzz rock (pause for breath) and they experiment with these sounds, mixing them up to create an unholy and yet at the same time beautiful concoction of manic, feral, noise that runs the gamut of emotions and pace. They’re basically one of those bands that sound both raw as hell and yet absolutely assured, like they know exactly what they’re doing, at the same time. The cherry on the top of all this is the searing schizo freakout vocals of Claude Deschênes.

Canada is on fire with music atm and PyPy are one more example of that. Check out New York below, then head over to their Bandcamp to buy the album if you like what you hear.