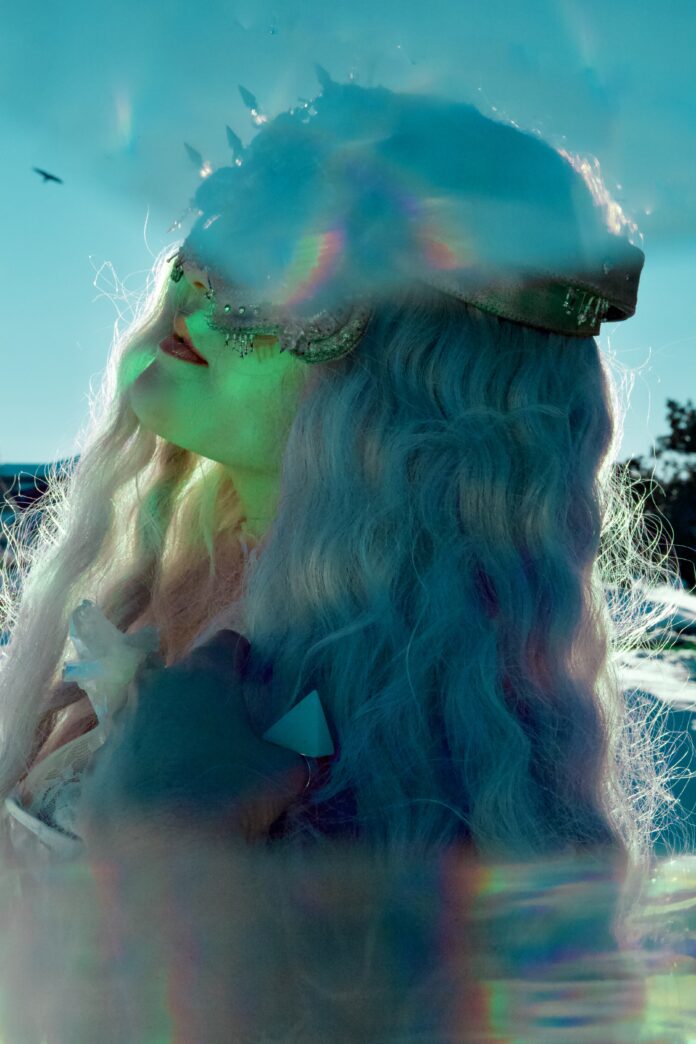 From Glasgow Elisabeth Elektra is a force of nature. Her well received debut album ‘Mercurial’ made a mark and this is her first release since then. ‘Crystalline Elektra’s Dance Mix’ is Glasgow’s very own femme witch’s first single since the album.

“At the height of the lockdown, everyone was so anxious, and yet each day Ryan Heffington was showing up to do these joyful, transcendent free dance parties. They were a much needed injection of positivity and community. I wanted to create something that fit the energy of those parties. I had always had an idea to do a dance version of Crystalline, my very first demo of the song was really upbeat and this version is closest to my original vision for it”

“Crystalline – Elektra’s Dance Mix” was written, performed and produced by Elisabeth Elektra.  Taking influence from French Electro and from artists such as Chromeo and Hercules & Love Affair, Elektra has made this reworked version even more joyful than the original. With driving analog bass and glittering synths ‘Crystalline – Elektra’s Dance Mix’ is an upbeat, euphoric and transportive dance-pop song for people who want to move and be moved. The song was mixed and mastered by James Cunningham who worked on record-breaking BTS album ‘Map of the Soul’.

The cover image for “Crystalline” was shot by Californian artist Marina Fini in the Joshua Tree desert during a rare snow storm.