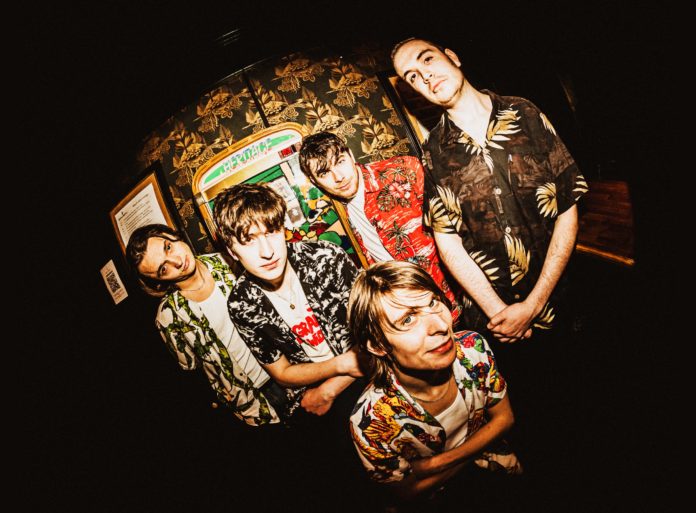 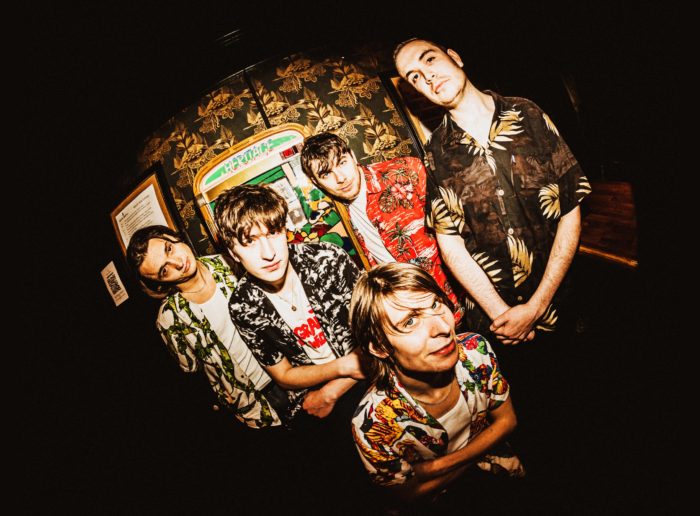 YOU’VE MADE AN ART FORM (FROM FALLING TO PIECES)

The rules are still loose for Pennine performance punks, CABBAGE, as they descend from Mossley’s misted hills with renewed purpose to release YOU’VE MADE AN ART FORM (FROM FALLING TO PIECES) on Wed 25 March 2020. The single, three minutes of wiry, full-bodied and typically erudite new-wave-post-punk-agit-indie, is their first new music since 2019’s standalone statement-of-intent, Torture and fuels growing rumours of a second album.

Putting themselves firmly back in the picture and hinting at free-range, organic influences, the band is seen immersed in a world of heady, arts and crafts-meets-shroomy psychedelia for the single’s colourful video, filmed long before the COVID-19 crisis forced them to temporarily down instruments.

Offering some relief if not a complete antidote at a time of global crisis, Lee Broadbent (vocals), Joe Martin (vocals/guitar), Eoghan Clifford (guitar), Paddy Neville (bass) and Asa Morley (drums) deliver You’ve Made An Art Form (From Falling To Pieces) as a “brutally honest exploration of mental health and suicide within young men and the survivalist, Victoria Wood-esque juxtaposition of salvaging a smile through dreariness and despair.”

The band’s co-frontman and songwriter, Joe Martin continues: “After much deliberation, we feel that the time is right to share this. The chorus line actually originated in a ‘Coronation Street’ script in 1988, with Deirdre remarking to Ken: ‘I wonder what advanced state of dither we’ll find you in today, Ken, you make an art form from falling to pieces.’  We don’t mind sharing our complete love and adoration for those old, hilariously crafted dialogues.”

Produced by the band and James Skelly at Liverpool’s Parr St Studios, Cabbage maintain the post-punk edge that’s synonymous with their fizzing back-catalogue, while the joyous sounds of groups such as The Pastels and The Field Mice ring in their ears. That fans should expect a melodic, technicolour sequel to the brooding, cracked-screen noir of their debut album Nihilistic Glamour Shots’, which hit the UK Top 30 on release in 2018, is all but confirmed.

Cabbage’s plans for their live return are in progress.

Since forming in 2014, Cabbage have occupied provocative territory by promoting progressive politics and supporting charitable causes through their live shows, leading them to be featured the BBC Radio Four documentary ‘The Art of Now: Band Politics’. At the same time as headlining sell-out UK tours, the band played Edgeley Park with Blossoms in 2019 and launched their debut album with a one-off, specially-curated exhibition at Manchester Art Gallery.

Connect with Cabbage on social media at