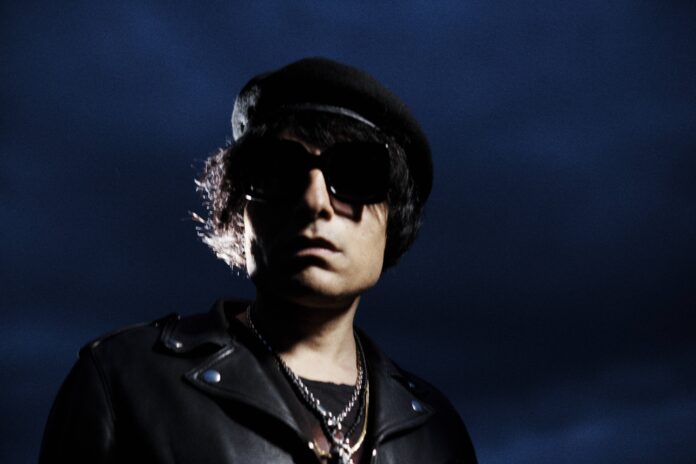 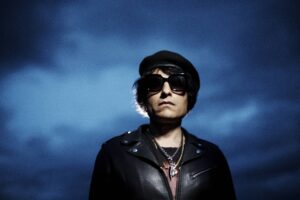 I don’t know about you but I really miss The Eighties Matchbox B-Line Disaster. The Brighton-based punks played thoroughly unhinged psychobilly infused with the kind of relentless energy and wild-eyed discordance not seen since the heady heyday of The Birthday Party. Man, they were an explosive live act too. Eighties Matchbox have been gone a while now yet other projects emerged, phoenix-like, from their scorched ashes. Original guitarist Andy Huxley left the band after their second LP to form death jazz maniacs Vile Imbeciles. Huxley and bassist Sym Gharial would then go on to form Piano Wire while vocalist and chief throat-shredder Guy McKnight remerged a couple of years ago with The DSM IV. All thoroughly worthy of your time, especially if you’re suffering from Eighties Matchbox withdrawal. The best, however, was yet to come.

Primitive Ignorant is the latest project from Gharial. Things kicked off in late 2019 with the incendiary Get Out; a collaboration with Red Lady that came over like Martina Topley-Bird fronting a particularly heavy Tricky track. The throbbing, bass-heavy bounce You Got Me followed hot on its heels. Psychic Armageddon and Ballad Of Markland Estate arrived earlier this year and saw Gharial collaborate with Le Junk on two industrial-strength, brooding goth grooves. Gharial isn’t interested in offering up something he’s done before: Primitive Ignorant ploughs into the future with all the creativity and commitment you’d expect.

“As an outcast kid, I was stumbling on the edge of an abyss; battered and ashamed of my cultural heritage, when I saw the unabridged freedom beating hard in the deranged underground of Ladbroke Grove. The flamboyant culture of punks, rastas and skaterboys was equally alluring and welcoming, so I cut my hair and created a new personality overnight. To find a place and a voice in British society, I obliterated my ethnicity. For me, it was a fight for survival and a search for a life to die for.

I found a panacea for loneliness in bands. The glamour. The music. The beats. The drugs. But my new personality wasn’t real. Eventually it cracked left me addicted and lost. I nearly died four times. Once to suicide, twice to overdose and the fourth in a car accident. A war waged on myself that ultimately left me alone with myself. A voyage through nineteen lives and personalities finally arrived at the station of internal peace and pride in my ethnicity.

Alas, it was in the midst of the Brexit shit-fountain and a resurgence in fear of immigrants and refugees. The song was written to empower other people and crush the stereotypes around Indians that still exist. Bess is an old friend from Ladbroke Grove (now in South Africa, from where she filmed her part for the video) and she was the perfect person to sing this celebration the beautiful and the damned, the outcasts and the weird heroes of the area.”

The Primitive Ignorant debut album – Sikh Punk – is out on October 23rd.