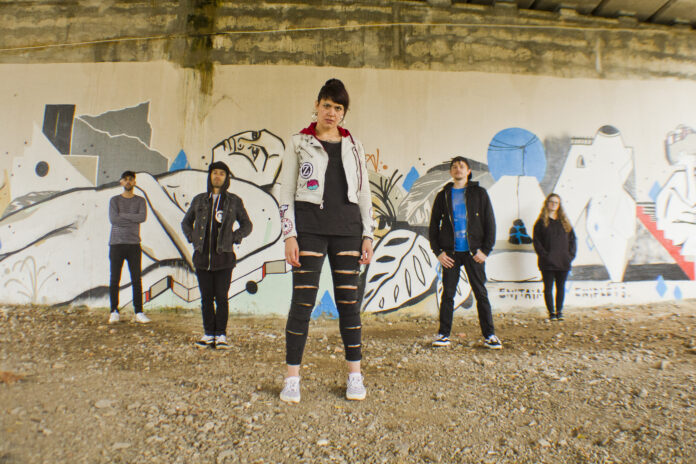 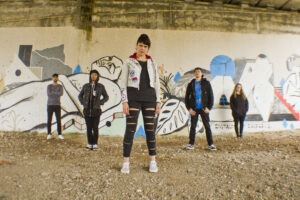 Millie Manders and the Shutup have released the video for their new single Panic, which came out on New Year’s Day.

Panic is a typically hard-hitting song about the destruction of the planet and our horrendous farming practices.

“I’m aiming to inspire change through New Year’s resolutions, be that less single use plastic, less meat and animal products, and reducing carbon footprints,” says Millie. “Like Greta Thunberg said, I want people to panic like their house is on fire. Because it is. We all need to make a resolution to be better for our home and to protect it and all of its inhabitants. And to start screaming at corporations to change their ways.”

The band’s full UK tour scheduled for 2020 had to be postponed, but the dates are currently being rescheduled for when it becomes safe to do so in 2021. When the band get back on the road there will zero plastic wrapping on any merchandise or releases, and limited-edition artwork and clothing are being sold to help raise money for NHS Charities Together, The Survivors Trust – an umbrella charity for survivors of rape and sexual abuse – and the mental health charities Mind and Papyrus.

BBC Introducing and Radio X have been playing the five piece’s singles, and before lockdown struck they played powerful shows at the Boomtown and Rebellion festivals. Their lyrics discuss loss, betrayal, anger, anxiety, heartbreak and bitterness, environmental catastrophe and political unrest to inspire the questioning of social norms

The album can be ordered on CD and vinyl from the band at https://millie-manders.com/ alongside their range of merchandise.