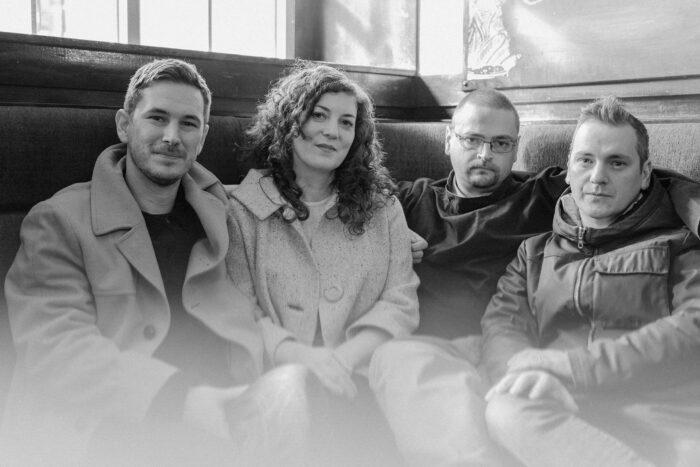 Following on from their last album, The Weight Of The Sun, released earlier this year, Scottish quartet Modern Studies have returned with a new EP and video for the track The Failing Light.

After releasing the album, the time that the band would have usually spent touring to promote it was put into developing a fresh writing process, the fruits of which are two news EPs. The first of them, entitled Life Flows In Endless Song, is released today on Fire Records. On the EPs, the band say, “We shook off our usual song structures in favour of something repetitive, slow and heavy; life flows in endless song. We added chopstick drums, prepared guitars, harmonium, xaphoon, bowed clock gongs, chimes and violins from our homes.”

The first of the two EPs draws on the band’s expansive sound that they have developed recently, stretching their baroque folk across expansive sounds. The second, however, The Body Is A Tide, released next year, will see them delve into darker waters and further hone their experimental nature. The two EPs are welcome additions to the band’s work and prove that they have used 2020 well. They may not have been afforded the opportunity to tour The Weight Of The Sun, which we though was their best work to date, but have certainly put the time to great use.