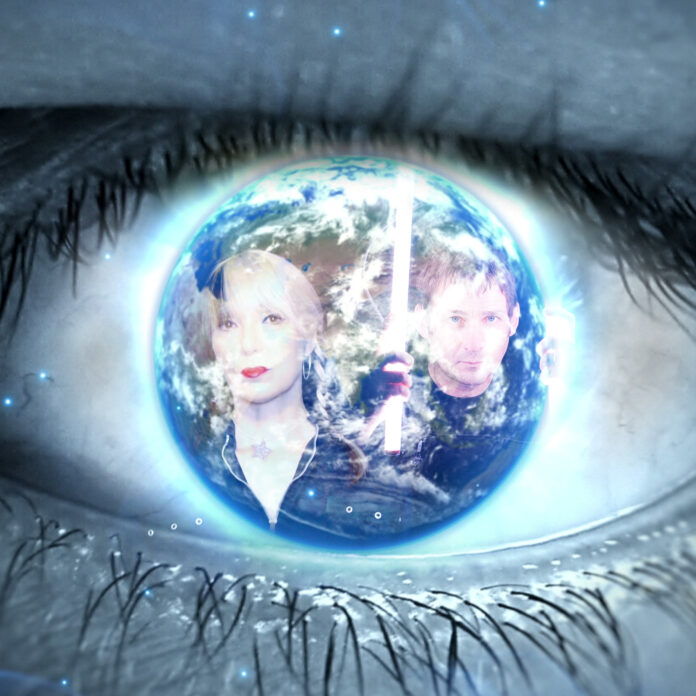 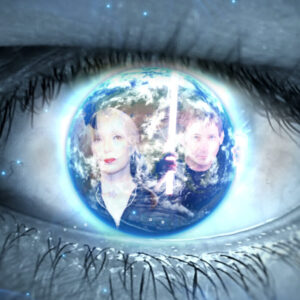 Misled Convoy and Kat Five recently dropped their clarion call, Apply the Pressure. The single’s been hailed as “a futuristic sonic gem” (Get in Her Ears) that sounds “like (a) space-age cosmic Specials” (Chris Hawkins, BBC Radio 6 Music), and the duo are now following up with a video.

Michael “Misled Convoy” Hodgson has magic at his fingertips when it comes to making visuals. He’s an acclaimed AV artist as well as musician, and has created some amazing videos for Feral Five, Kat Five’s band, in the past, including the algorithm-based Rule 9, which we featured in Louder Than War back in 2016.

Michael says about the video: “Ever since I began creating electronic music and playing it live in 1985, I have alway believed that the eye and ear go together. For live performances I try to create a video show, and for most releases I create a video to explore the ideas in the song further. With Apply the Pressure, it was a chance to visualise Kat Five’s clarion call to the world after the year that was 2020.”

For Kat, the video “was about creating something powerful and universal, but it all had to be done under lockdown. I filmed my vocals in my studio and sent the footage to Michael who turned me into an otherworldly, oracle type creature. He layered that up with compelling footage of the planet, protests, and more, and the results are stunning. The video grows in beauty and positivity as it progresses.”

Watch the new video by Misled Convoy and Kat Five below.