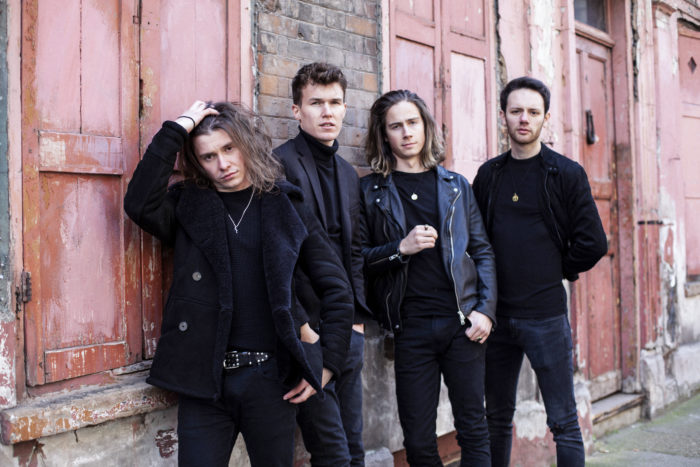 Having already supported the likes of Catfish and the Bottlemen, The Subways and Ash, it’s clear that Flashfires are already making all the right moves. Able to count the likes of Huw Stephens and Jo Wiley as supporters, the London-based four-piece are turning heads wherever they go.

That however, should come as little surprise to anyone that’s familiar with the band’s razor sharp riffs, funk-fuelled rhythm section and idiosyncratic vocal delivery. With previous single ‘Manshark’ grabbing the attention of the aforementioned Huw Stephens, while establishing Flashfires trademark aesthetic: classic rock aesthetic kicking and screaming in to the contemporary, disregarding any of the pomp with which the genre was once synonymous.

Next single ‘Circus Boy’ builds on such aesthetics; its crunchy guitars soon joined by a bold bottom end that shows that Flashfires aren’t here to fuck about. Verses appear restrained, understated even, lulling listeners in to a false sense of security before its explosive chorus shows just how far Flashfires have come in the short space between releases. You can expect to see a lot more from the band soon.