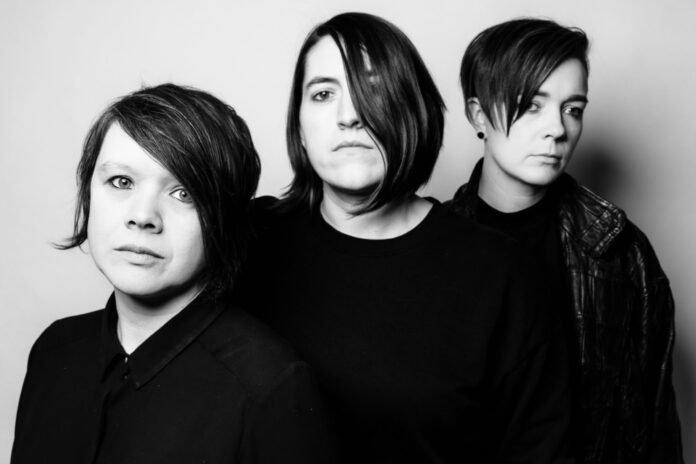 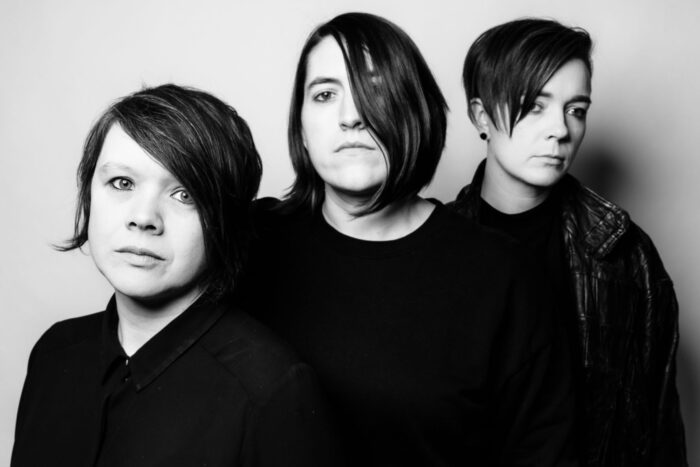 Manchester trio LIINES are back with a scorching song that continues their line (ha) of primal tight sound that pounds the live scene, with an extra stomp of sophisticated punk that excites. Read on…

LIINES are following on from a standout couple of years with the release of their new single Keep On Going, which is out now. The three-piece have been building a burgeoning reputation as one of the most exciting acts to emerge from Manchester in recent years. The past year has seen them amass a global audience, building on a discography of limitless promise, with their last single Sorry hitting over 100,000 streams on Spotify.

Prior to returning to the studio ahead of releasing their second album – to come later in 2022 – LIINES have toured with Sleaford Mods, supported the likes of Ash and Slow Readers Club and played alongside The Charlatans on a blistering live stream in March (“which totally blew me away” – Wayne AF Carey. Plus, they were Glastonbury Emerging Talent Competition finalists, having also performed at the festival twice. They’ve also received radio play from a number of BBC 6 Music DJs, Radio X’s John Kennedy, BBC Introducing, Amazing Radio and more.

Their new release Keep On Going is a perfect set starter, staying true to their infectious sound that has continuously paved the way for emerging post-punk bands. It’s a no-nonsense release that, whilst carrying a sense of urgency, is abundant in positivity, spreading a message we all need to hear. Produced by their long-time collaborator Paul Tipler (Stereolab, Elastica, Idlewild, Placebo), there was only going to be one outcome on this one.

When talking about the single, singer and guitarist Zoe McVeigh added:

“Keep On Going is a call to arms. The song is almost like a mantra – a chant. A reminder to put one foot in front of the other because that’s all you really can do. It’s a two minute blast of energy that signifies the need to just ‘keep on going, keep with me.”

“We’re still in the middle of recording our album, which will be out in 2022. But we couldn’t wait to put more music out and, whilst being short and sweet, Keep on Going really feels like the right message as we all come out from an awful 18 months and looking ahead to better times.”

As well an upcoming release, the band are approaching a string of headline gigs and festival dates, which can be seen below – with more to be announced. These will be the first headline outings with new bassist Anna Donigan (Honeyblood, formerly PINS) who joined LIINES just as lockdown hit in March 2020:

Journalist and The Façades

This single is the perfect lead up to the band’s sophomore album. Who wants to get involved?