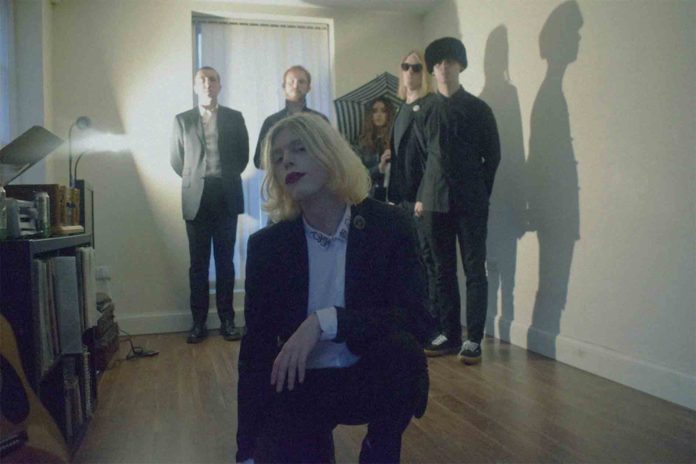 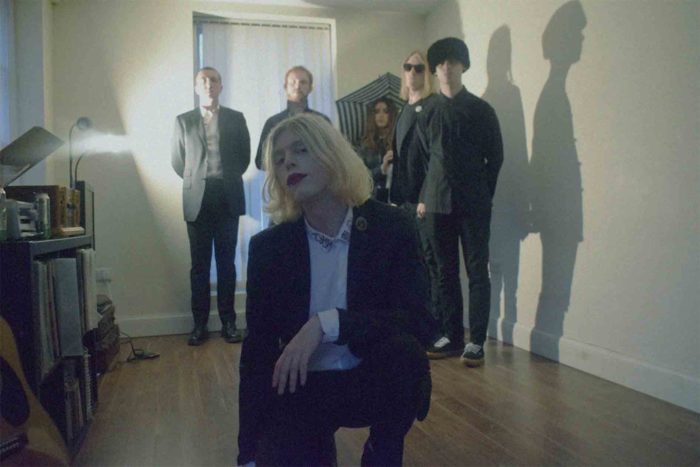 Liverpool creative collective Psycho Comedy release their brand new single Standin’ on Friday 13th December 2019. It follows the first single Pick Me Up from this cohort of artists who combine music, poetry, performance and visual art. This perfectly Powellian post-punk take on everything that’s wrong with this country is the second release from the band’s debut album which is due to be released by Silver Machine Recordings on Valentines day 2020, with a launch show at Liverpool’s Phase One the following night. LTW’s Nigel Carr interviewed this bizarre crew  a couple of years back… ( https://louderthanwar.com/psycho-comedy-interview/)

It’s got a proper dirty bass line going through and has that Liverpool acid feel, drenched in that dirty swamp surf rock sound, let’s label it Psychodelia. A catchy little fucker which is relevant enough for today in it’s message. It’s got a feeling of being recorded in an echo chamber which gives it a nightmarish effect in spooky style. A nice taster from the upcoming debut next year.

Psycho Comedy translates as a schizophrenic acquaintance of Shaun Powell. Delving in and out of two mindsets and ways of life; the debauched and the candid. The tracks are stories that derive from personal episodes since the age of 16 to the present day.
Psycho Comedy’s work also stresses social issues and the current state of affairs.
Psycho Comedy
Shaun Powell – Vocals/Guitar/Writer
Jack Thompson – Noise Guitar
Connor Duff – Bass
Lydia McGhee – Rhythm
Jack Williams – Drums
Matthew Thomas Smith – Spoken Word (who released debut poety collection ‘SONGS’ on 05/12/19)

The group will be on tour this winter as the main support for Michael Head & The Red Elastic band the tour dates are as follows: