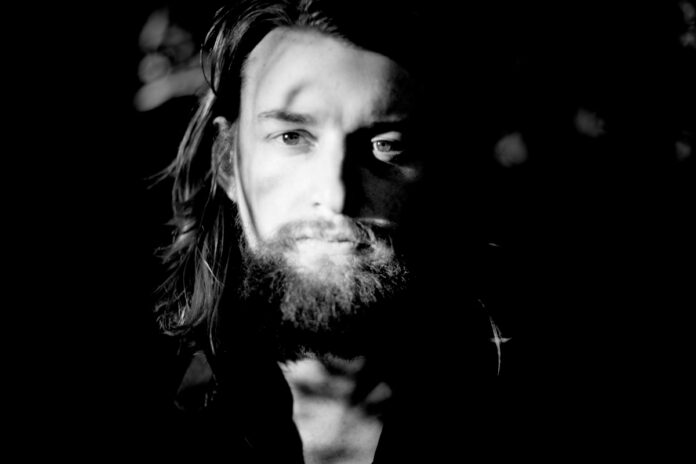 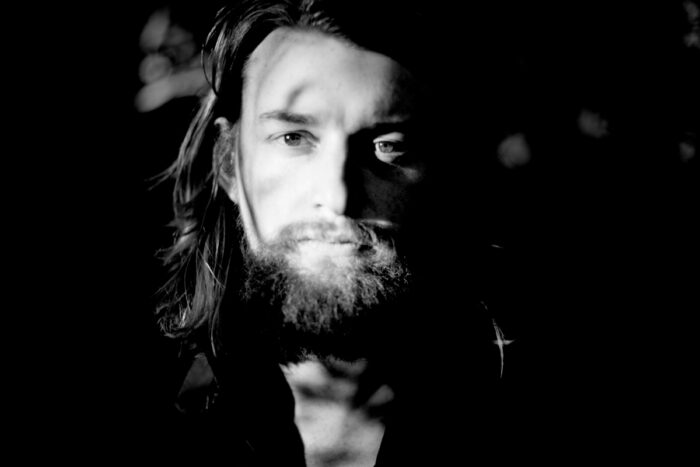 Following 2019’s album, As The Night Draws In, John J Presley returns with the video for new song In My Time Of Dying.

Presley may be from Brighton, but his heart surely resides elsewhere as his fuzz-drenched atmospheric music implies. It’s steeped in the dramatics of Nick Cave, Tom Waits, the surging swirling sounds of Timber Timbre. He may look out his window see peddle-lined beaches, but his gaze wanders further to dense misty forests somewhere in the mid-West. While his album, As Night Draws In, was fed with riotous riffs that recalled Queens Of The Stone Age at times, his new track takes a much more sombre tack. The music is sparse, leaving air and space for Presley’s sole baritone to come through. Interspersed with doses of distorted pedal steel, like some kind of demonic response to his proclamations, the song is imbued with a sense of dread, finality.

It’s the sense of calm within the menace where he excels as a storyteller, backed by the cracked and crackling music, a constant drone beneath leading you through his tale.

On the song, Presley says: “I used to play a version of the track when I was about 18 playing folk nights in Liverpool. I hadn’t thought about it for years. But once I’d set a makeshift studio up at home for this album it just seemingly reappeared. Although with a much heavier resonance this time. If there is anything the last year has taught us it is just how fragile life is.

The video is clips from a short film Encore Un Hiver from 1979. It was directed by Francoise Sagan and I’ve always loved the colours the grain and the bleakness of it. We’ve used these visuals before but never released it. This time it seemed to fit.”